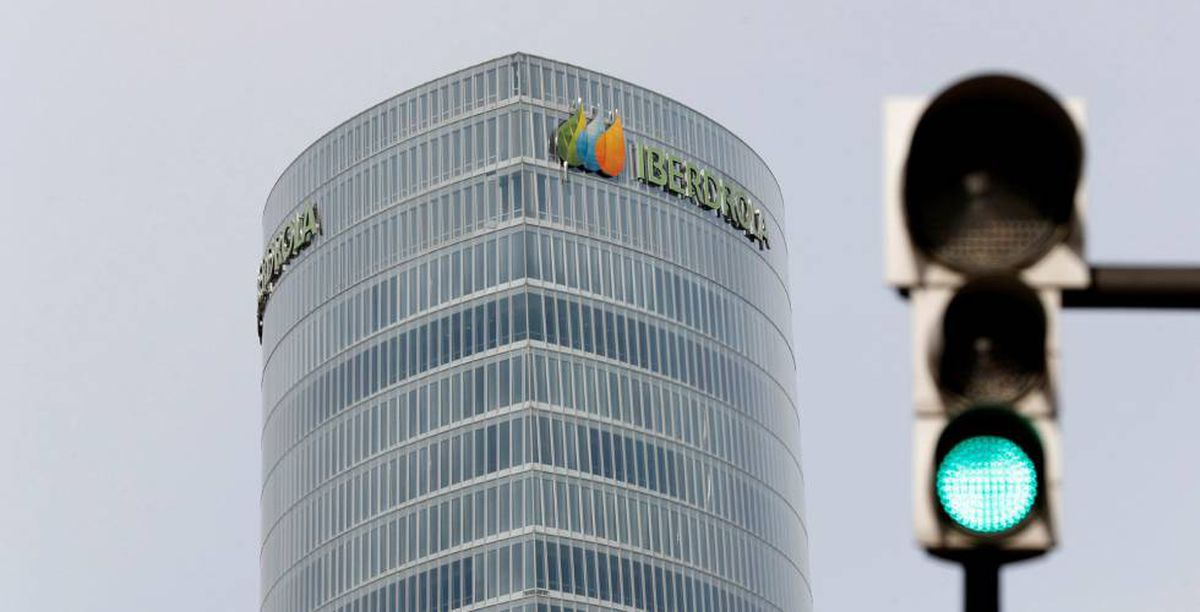 Repsol, the company chaired by Antonio Brufau, faces a tax claim of 101.4 million euros from the Treasury for corporate tax for the years 2010, 2011 and 2013. While Iberdrola, the power company directed by Ignacio Sánchez Galán, must face a payment of 56.7 million euros for the 2009 corporation tax. Both companies asked the judges of the Court, through separate appeals, the suspension of payments to the treasury due to the “need to adopt precautionary measures so as not to make the sentence lose its effectiveness ”.

The appeals presented by the energy companies argue that “irreparable damages” could occur if the payment is not suspended. The magistrates condition the suspension of payments to the presentation of a bank guarantee that guarantees the collection by the Treasury in case the companies lose the pending administrative appeals. Sources from both companies recall that this procedure of requesting the suspension of payments required by the Tax Agency are common in these tax disputes.

The case of Repsol is the most striking. The Treasury claims 101,449,503.87 euros for the liquidations of corporation tax for the years 2010 and 2011 to 2013. The company explains in its 2020 annual accounts that the Tax Agency completed the inspection in 2017 “without the imposition of any sanction and, for the most part, through minutes in accordance or with an agreement from which no significant liabilities have arisen for the group ”. However, the electricity company admits that “in relation to two matters (deductibility of tax delay interest and deduction of losses due to business activities abroad) the administrative resolution was the subject of a claim” because Repsol considered that they were correct. However, the Central Economic Administrative Court (TEAC) dismissed the claim.

The company explains that it filed a contentious-administrative appeal in the National Court, which has not yet ruled. In parallel, Repsol requested the suspension of payment of the debt claimed by the treasury and the judges granted the interruption of the payment in exchange for a guarantee.

The Spanish oil company also includes in its annual accounts that it has other pending matters with the treasury. In this case, it refers to taxes for the period between 2006 and 2009. “The matters discussed mainly refer to transfer prices, deduction of losses for investments abroad and deductions for investments, most as a result of changes in criteria maintained by the Administration in previous actions ”, reflects the company in the annual report. “In relation to the transfer price adjustments, the settlements were annulled as a result of the resolution of a conflict by the Arbitration Board of the Economic Agreement with the Basque Country, the resolution of a friendly procedure with the United States and two resolutions of the TEAC” .

But, the company continues, “the Tax Inspection has issued a new settlement for the 2007-2009 periods, applying the criteria already accepted in subsequent years by both the Administration and the taxpayer (the settlement relative to the 2006 period is pending).”

The oil company adds that the TEAC partially admitted some of the arguments it presented, but there were others that it rejected in relation to tax incentives for R&D and deduction of losses from business activities abroad. “Due to the non-estimated aspects, a contentious-administrative appeal has been filed before the National Court, since the Company understands that its actions have been adjusted to the Law,” he says.

Claim of 56 million from Iberdrola

For its part, Iberdrola has a pending claim for 56,701,081.76 euros for the 2009 corporate tax. The electricity company, like Repsol, appealed to the Court to have the payment of the tax debt suspended until the contentious-administrative appeal is resolved. It alleges the need for suspension “in order not to make the judgment lose its effectiveness in causing irreparable damage to the appellant in the event of enforceability of the contested resolution, without affecting the public interest, being the interest of the recurrent the one most in need of protection ”.

The annual accounts for the year 2020 do not clarify exactly what the claim of the Tax Agency is due to, although they do include several pending tax litigation with the Treasury due to discrepancies in the application of tax principles.

“In June 2020, Iberdrola was notified of the TEAC resolutions regarding the claims filed in relation to the disagreement minutes signed in 2016, corresponding to the general verification procedure followed with respect to the tax consolidation group of common territory for the 2008 fiscal years. to 2011 ″, indicates the annual report.

“In the resolution related to VAT, the TEAC has ruled in a favorable way to the interests of Iberdrola (which implies the annulment of the minutes and settlements of the Inspection), while in those related to corporate tax it has ruled unfavorably. Against these latest pronouncements Iberdrola has filed contentious-administrative appeals before the National Court on July 7, 2020, ”he explains.

The electricity company details that the main adjustments included in the settlement agreements derived from the signed disagreement acts refer to the quantification of the financial goodwill, susceptible to tax amortization, for the acquisition of Scottish Power, the elimination of the exemption for dividends of the Scottish energy company when the Inspection understands that it is incompatible with an adjustment of the portfolio value due to net investment coverage, differences in the criteria of fiscal consolidation and possible concurrence in a change of debtor operation in some bond issues due to the circumstances established in the General Tax Law ”.

The Scottish Power affair has generated headaches for Iberdrola executives. In 2018, it had to return 665 million euros to the Tax Department for corporate tax deductions approved by the Government of Aznar for the acquisition of foreign companies. The European Commission declared these tax benefits as State aid and forced to return the deductions that the companies had already recorded. In order to comply with these requirements, Iberdrola offset part of the pending tax deductions, for some 363 million euros, and the rest, 302 million, was settled to the Treasury.

The company also explains in its annual accounts that in December 2020 it received a notification from the TEAC about the claims filed arising from the disagreement records signed in the verification procedures for the years 2012 to 2014. “The discrepancy with the Administration focused on the applicability or not of the criterion of temporary imputation that the Supreme Court has established in numerous judgments in relation to the income obtained by the group, derived from payments made based on rules contrary to the law, ”he explains. And it adds that this resolution of the TEAC, of ​​December 2020, partially estimates the claims of the electricity company “accepting its criteria regarding the taxes declared unconstitutional.” The company announces that it will present contentious-administrative appeals before the Hearing. 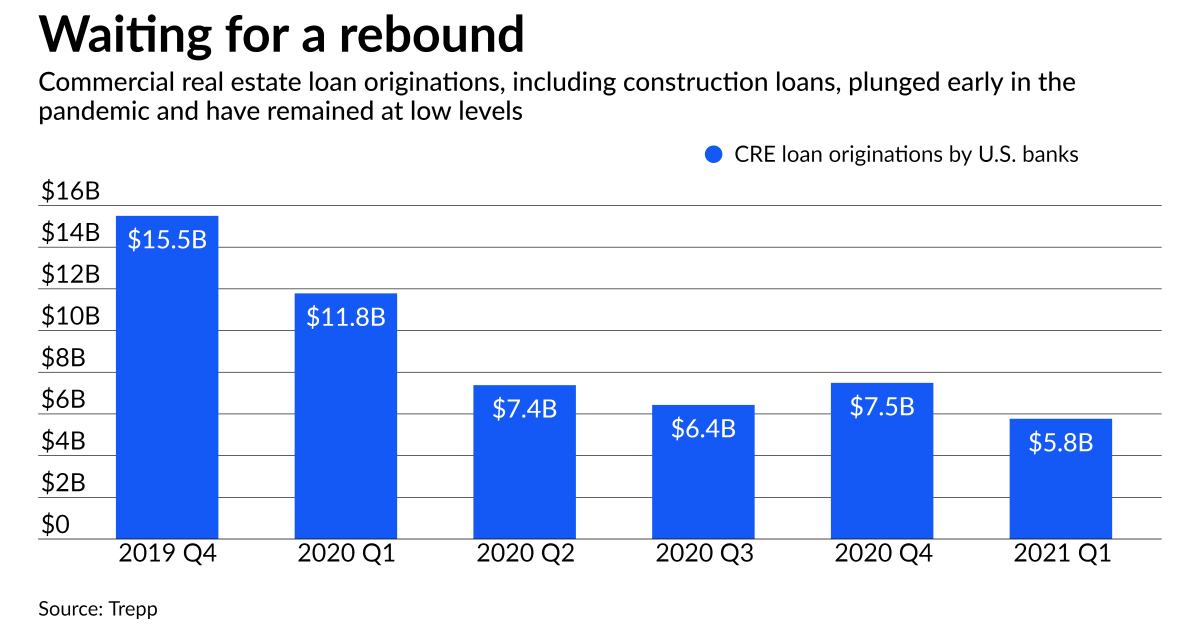 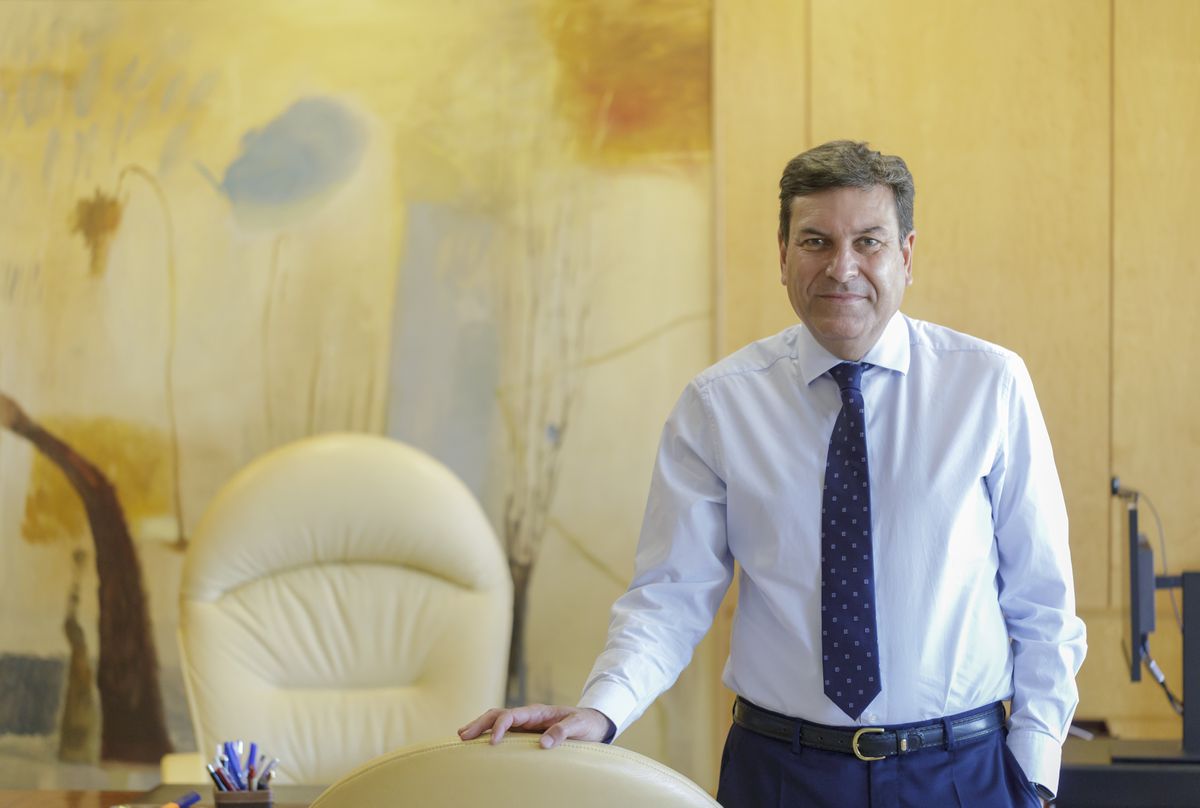 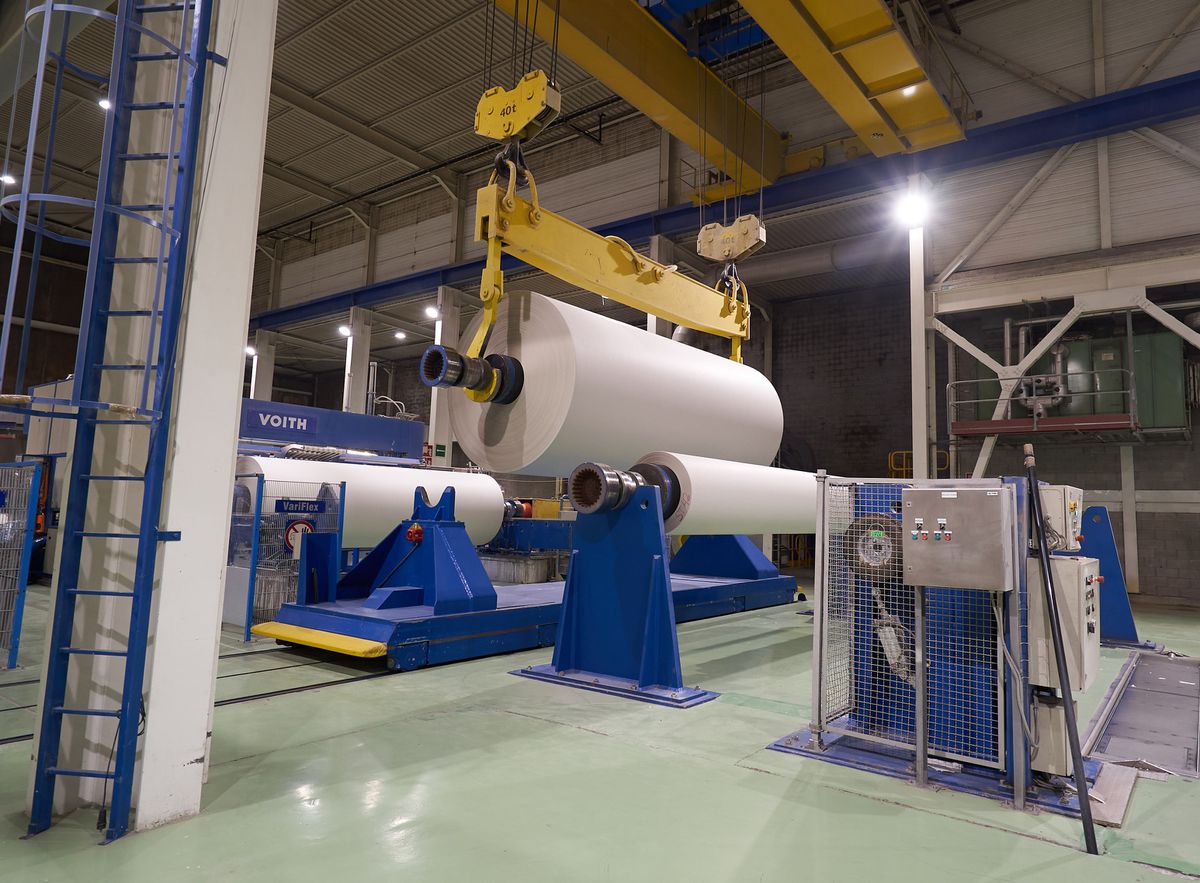 The trash can sunk and resurrected by the digital revolution

Spain will receive 19 billion from EU covid funds in 2021 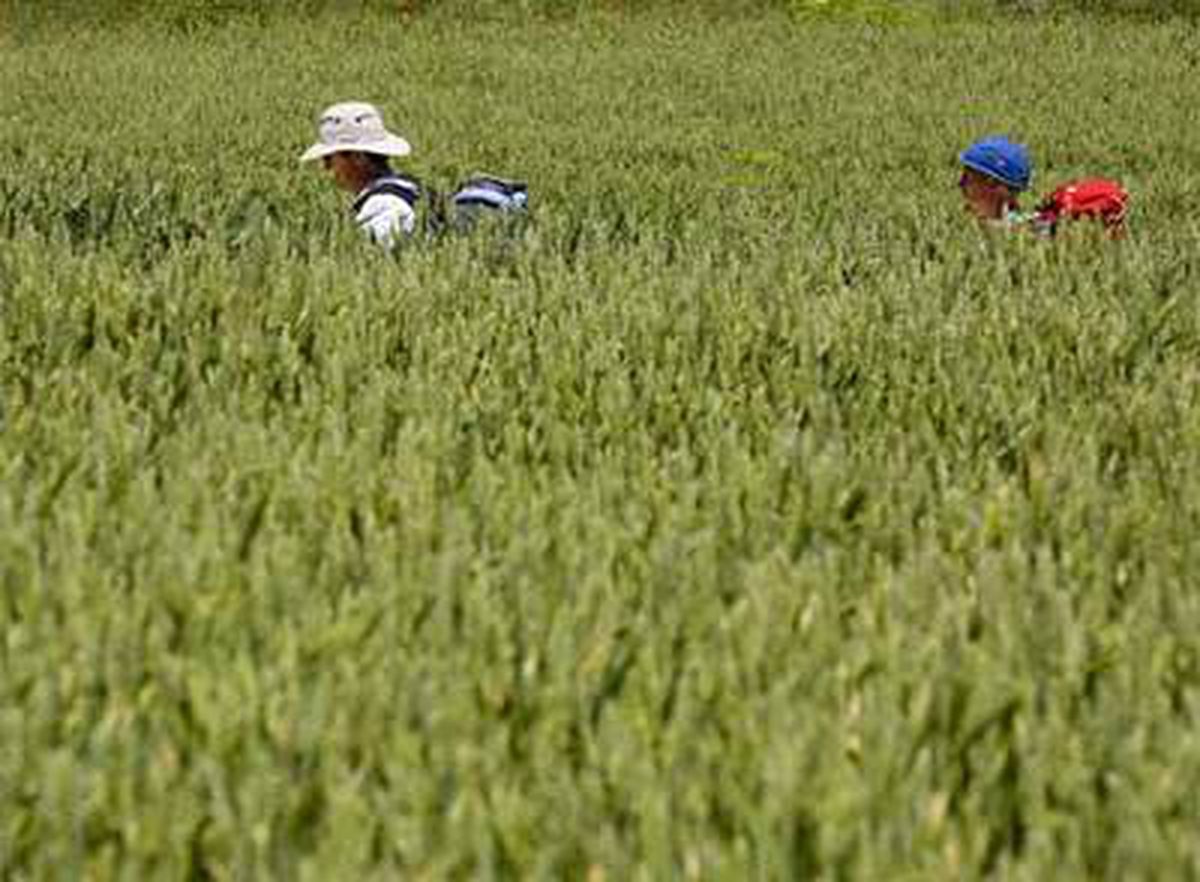 Vicky Luengo: «In the worst moments of my life my friends have saved me»