Para – sport Aino Tapola was paralyzed nine years ago in a familiar jump: “No one really knows what happened and at what angle I came down” 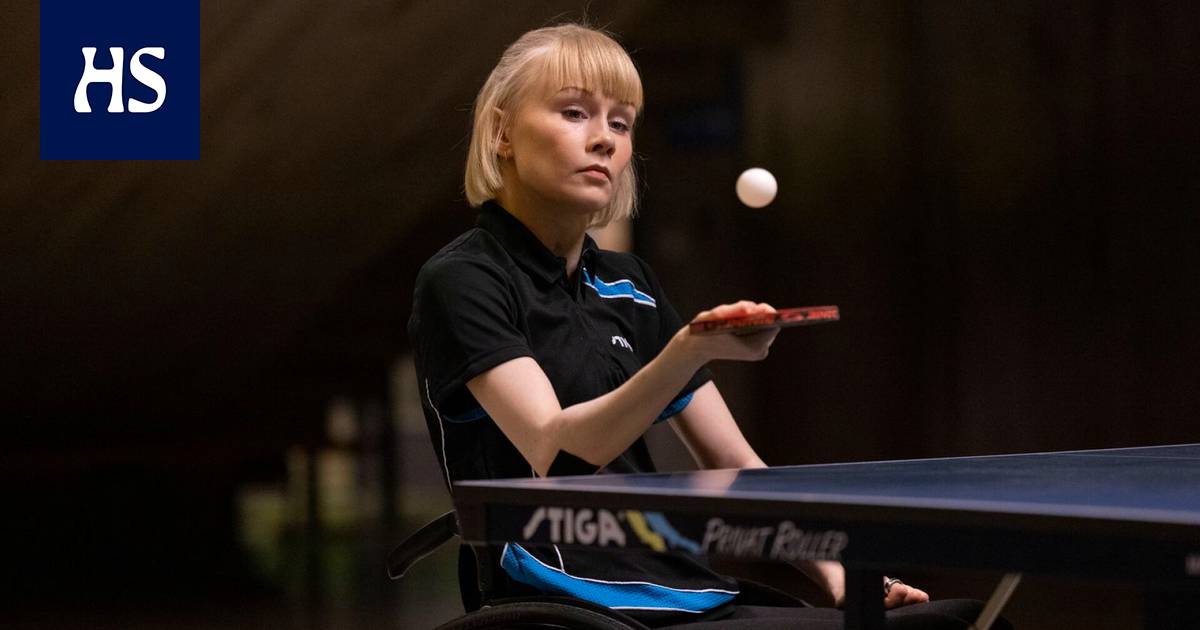 Aino Tapola was paralyzed in a familiar jump on foam mattresses. Nine years later, he is aiming for a place for his table tennis at the Tokyo Paralympics.

Ping pong ball obeys nicely Aino Tapola, when he bounces it lightly with his bat in the lobby of the Pirkkola swimming pool in Helsinki.

The ball is worth obeying, as 23-year-old Tapola is aiming for a place at the Tokyo Paralympics this week in August-September.

Ten table tennis players in categories 1-2 have already been selected for the Paralympics. The winner of the Slovenian qualifier will receive the seat directly. The twelfth player in the classes will be selected by a separate invitation.

Table tennis is the third largest sport in the Paralympics after athletics and swimming. The medals are played in eleven classes. In categories 1-2, the most difficult players play with disabilities.

Tapola plays in class 1, but in Tokyo, the first and second classes are combined. The bigger the class, the more the player has the ability to act.

“In our classes, only a small portion of the muscles work, so physical strength doesn’t matter that much. Tactics and threads are more crucial. The game is like chess: you have to know how to place, ”says Tapola about the nature of a wheelchair bench.

At the 2024 Paris Paralympics, the first class is expected to be included as their own series.

Tapolan life was revolutionized nine years ago when he made swimming jump volts in a mound filled with foam pieces in the Mäkelänrinne hall. He fell to the “volt montage” so badly on his necks that his spinal cord broke and he lost his ability to exercise.

“No one really knows what happened and at what angle I came down. It’s a big mystery. ”

However, Tapola has maintained his positive attitude towards life. His motto is “Always ahead”.

“The accident was my own fault and there was no bitterness left. No one else can be blamed for that, but it was a big shock when suddenly there was nothing. Until then, I had been training twice a day. ”

European Championship silver medalist in gymnastics Jari Mönkkönen was paralyzed in a similar type of accident from the neck down in July 2016 during gymnastics exercises.

“I was lucky that I did so well. The life would have been gone if the injury had come to 1-2 neck vertebrae, which also had a fracture, ”says Tapola.

“No one really knows what happened and at what angle I came down. It’s a big mystery. ”

After his injury, then-15-year-old Tapola was in the Children’s Clinic for a month and for five months in rehabilitation.

Read more: The familiar leap into pieces of foam took Aino Tapola to a wheelchair at the age of 15: mental recovery began when sports returned to life

Before accident Tapola had been involved in swimming and swimming, but the number one sport was baseball, which he played in Pesava, Kerava.

Tapola was on the team as a locker, who is the team’s pitcher in baseball and in a way also the game manager.

A strong sports background contributed to rehabilitation and mental survival from the accident.

“I think the background was helpful. The same mental pressure was present on Lukkar’s plot as on the ping pong. It has made it a lot easier, and it was easier to get back to sports anyway. ”

Accident the first year after was the worst. Tapola suffered from kidney problems. When the right drugs were found, he started downhill but then switched to wheelchair rugby, where he also played for a few years on the national team.

“I wanted an individual species where I could succeed. I found ping pong at Käpylä Rehabilitation Center. ”

In 2017, Tapola went to a table tennis camp in the Ruskeasuo ball hall, where old players and others interested in starting the sport came.

“I thought I was starting to play when ping pong felt fun.”

Table tennis is a high-level para-sport. It takes a lot of practice if you are going to rise to the top. Tapola has calculated that he trains the sport for about 800 hours a year.

Preparing for exercises and traveling with an assistant takes significantly more time than with non-disabled people. Compared to them, Tapola is only able to use about 15 percent of its muscles.

“When you work on the same muscles, it’s heavy.”

Tapola participated in international competitions for the first time in the spring of 2018. In 2019, he won the Dutch Open. The following year, Tapola acquired a € 5,000 gaming chair with the money he received from the patronage fundraiser. It leveled the gap for top players in its class.

In a specially made game chair, the player sits higher than in a regular wheelchair. In addition, the chair has a handle on the left from which you can strain the support when reaching for short balls.

Tapola considers his strong forehand to be a good weapon in ping pong games. Knocking is also successful.

“My best hit is the lower turn lift, where the ball bounces just to the other side of the net and bounces back with a twist. No one is up there in the chair. It has been practiced for hundreds of hours. ”

In a wheelchair bench, the feed must come through the opponent’s end. Otherwise, you can play the ball wherever you want and can.

Slovene in the qualifying tournament, Tapola is counting on his difficult round as opponents from Germany, Saudi Arabia, Israel and the Netherlands settle on the other side of the net.

Everyone is playing against everyone. A minimum of eleven points is required to win a batch and three wins to win a match.

“Because of Korona, no one has seen my games and many may underestimate me,” Tapola thinks.

“My retired coaches will probably spend 40 hours a week in my case. Without them, I would not be able to compete on top. ”

Wrestler Elias Kuosmanen took over the Olympic place underweight with a similar “I don’t know everything” tactic in May for the heavyweight series.

Read more: A wrestler who gets to eat as much as he can handle

Tapolan background coaches Martti Autio and Hannu Sihvo mixed Mika Heinonen and Vesa Wallden. Tapola praises them for the selfless work that has made it possible to rise to the top of para-sport.

Heinonen is the Executive Director of the Finnish American Football Association and the liaison manager of the Wallden Finnish Basketball Association. They took on the Tapola background team while in sponsorship training.

“We went to greet Aino Ruskeasuo and saw with what enthusiasm she is striving for the top of the world. They both felt that this would be a really inspiring and valuable volunteer job, ”says Heinonen.

During the corona pandemic, coaches have also acted as training opponents. They are former table tennis players. Autio is a two-time Finnish champion (1974 and 1979) and Sihvo A-class Finnish champion.

“My retired coaches will probably spend 40 hours a week in my case. Without them, I would not be able to compete at the top, ”says Tapola.

Sports In addition, Tapola is studying for a degree in economics at the Perho School of Business Administration in Helsinki, which is part of the Helsinki Metropolitan Area Sports Academy.

Next spring, Tapola plans to apply for a third time to study general history at the University of Helsinki. Because of the Tokyo Paralympics, he missed this spring’s search.

In the future, Tapola wants to enter a profession where he can advance the interests of people with disabilities and influence environmental issues.

In June 2019 Tapola said In an interview with HSThe e-sport is the biggest enemy of para-sport. He received a lot of angry feedback from his comment but did not cancel his speech.

“The number of athletes with disabilities has decreased. Many prefer to stay home to play on the computer. If you want to make money, you should play e-sports. ”

Tapola lives in Käpylä together with his dwarf poodle Kimmo. He needs an assistant every day. Race trips must also have an assistant.

“Athletes with severe disabilities need help. Few people think that an athlete is so disabled that he or she does not manage on his or her own, even though he or she is practicing his or her profession. Everything starts with yourself: strong self-esteem, self-confidence and will, ”says Tapola and gives the ping pong ball a ride.

Young animals die while mowing: death in the grass