‘Heartbreakingly, we are expelling our people’ 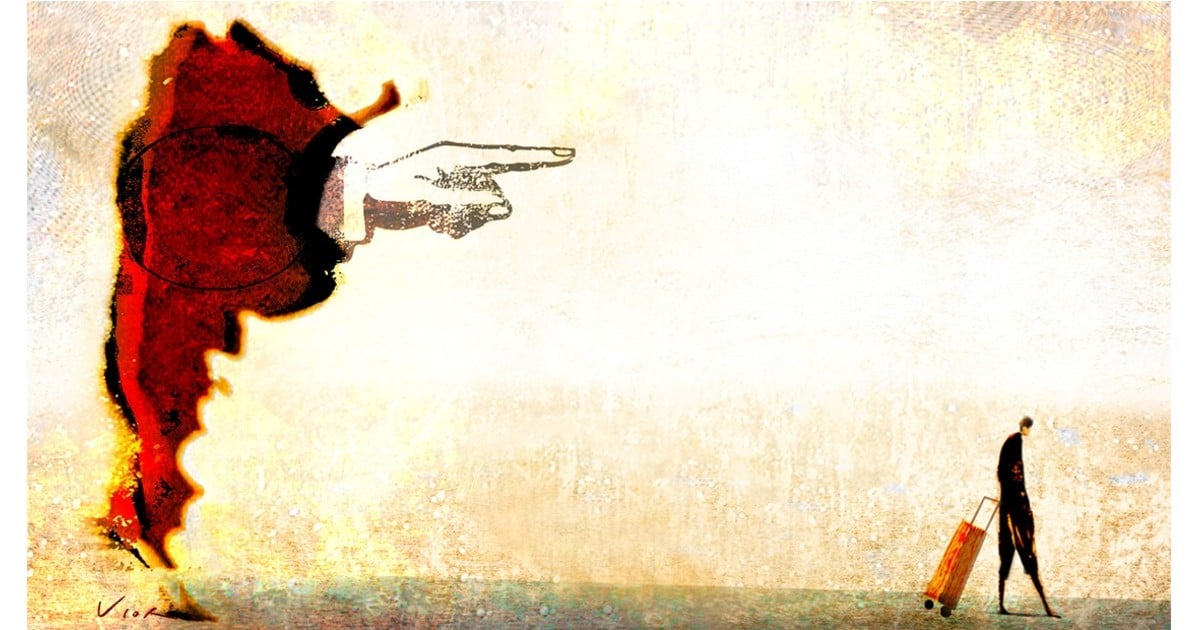 The concept of house or home, transcends the physical place itself, to be our “psychological cradle” a place of identity and reference. Where we feel or have felt loved and protected. My dreams always refer to my house in Tigre, where my grandparents lived and with whom I grew up.

With my maturity I came to feel my home to the Regiment of the Fourth Airborne Brigade of Córdoba. Its internal streets, its trees and the radio station. Later, I lived for a time in an apartment on Laprida Street, in Barrio Norte, but I never felt it was “my home”. It was “my bulín” as a bachelor, where my classmates and schoolmates used to stop.

The house of my first love was not my house either. Although I loved Susana more than myself, her home was alien to me. Her mother never loved me because I was too young for her and it would take a while for me to get married. The first apartments where we lived with my first wife, I didn’t feel like “my home” either, except the one on Soldado de la Independencia street, which had small parks around the towers and my children played freely, it was the last one before my divorce.

I understood that “home” is a concept related to love and containment. To the cave where the pigeons grow and where my children played and laughed. My home was always them until they left. I cannot evaluate how much the lack of a place that shelters, that contains the children of the villages or impoverished neighborhoods affects it.

I cannot evaluate how much emotional damage it causes not to have loving references, places where we feel loved and happy. Returning home can also be returning to the homeland. When the Homeland has really been our home, our containment, when it is our reference point, emotional and our identity.

Being Argentine gives us a cultural and emotional identity. Although today it seems more like a punishment that many want to end. Leaving is losing that part of identity of our being. It is a horrible fact, a painful spoil.

How much moral and psychological damage are they causing us when we have to leave home? My cousin has lived in London for several years, he married a Portuguese woman and he doesn’t dream of going back. My nephew is in Paris, he married a French daughter of Argentine migrants, I have family in Barcelona, ​​Australia and other places. My best friend Judith leaves her neighborhood and her dear references, her mother’s house, to travel to Israel and stay with her children already established there.

From being a receiving and containing country, we are today heartbreakingly expelling our people, who are looking for a better place to live. Predictable and where a tomorrow can be built.

Capitalism and “the biased view of the President”

The Russian city of Saint Petersburg hosted the 2021 Economic Forum. President Fernández participated by videoconference. His message, in line with the autocratic ideology of the head of the conclave, Vladimir Putin, abounded in criticism against capitalism. He attributed the reasons for the inequality and injustice prevailing in most of the countries of the world.

Curiously, he omitted to allude to those who remain oblivious to these misfortunes. The US and other nations in Europe are examples of this. They have survived the effects of the coronavirus without resenting the stability of companies and jobs. Canada, Japan, Australia and New Zealand could add to the list.

Through a biased view, our chief executive awarded the existing social calamities to international credit institutions. He charged them with voracity but kept silent about endemic inflation and corruption. Long-standing self-inflicted evils. He also ignored the chapter designed to identify venal officials. Victimizing and, in addition, allying with authoritarian leaders does not seem to be the best formula to abandon the decadence.

Talk about “opinions without knowledge in the media”

Mora Godoy, affirmed that she had the solution to contain the increase in prices, said: “You increase prices, I will close the supermarket for you and I will close the branches. He made it clear that his knowledge of economics is nil. However, it should not be criticized. Criticism must fall on Mrs. Viviana Canosa, who like many colleagues ask her opinion on the most varied topics, from people who are only popular.

The emblematic case was Diego Maradona, who embarrassed us with his statements around the world. The files confirm this. It is not about censoring those reported. It is about giving the media a level of excellence that allows citizens to learn and grow, listening, watching, reading those who know in each discipline.

It is not imaginable to listen to Santiago Kovadloff commenting on a Boca-River; to Marcelo Gallardo explaining the theory of relativity, to Luis Brandoni analyzing a balance sheet of the Central Bank.

In the privacy of family or group of friends, passionate discussion is allowed, even if nonsense is expressed. In public life knowledge, intelligence, good sense must prevail. The Republic needs it.

The management of the AFIP and Personal Assets

If any taxpayer has any doubts, see what the AFIP did with the monotributistas. He re-registered them at will, without notifying them, he charged them the fees, but forgot to advise that they were payments on account. Creating debts where there were none.

I don’t know if they are doing it on purpose to distract us from the pandemic issue, or if they are inept or mean. They should be warned that we are facing a crisis caused by Covid due to the mismanagement of quarantine, and that we do not need any more problems, with the ones we have it is enough and we have plenty.

Some straitjacket for the organism that is loose and dangerous.

The official deputy Fernanda Vallejos proposes in tax matters, among other things, an increase in the tax on Personal Assets to face the expense of the pandemic.

Did you know that this year the non-taxable minimum of the tax was not modified, which is equivalent to an increase in the tax burden of the same? Did you know that because the AFIP did not have the applications ready to pay it, it had to extend the expiration of the aforementioned tax for forty days, which will cause a loss of collection due to inflation of at least 3%?

Created a hymn to raise awareness about children

Today we see with so much pain the mistreatment suffered by our children in different parts of the country, and since we must not turn a deaf ear to their clamor for so many unimaginable humiliations, sometimes including their deaths, I wrote a beautiful poem whose title is “El Himno de los Niños ”, the musical arrangements were made by Maestro Alberto Guede, from Coronel Suárez. It will be sung by a choir of girls and boys, including some who suffer from different pathologies such as Down, blindness, etc., etc.

In turn, they will read a prologue of heartfelt and beautiful phrases. This will be a gift from the children of Pigüé to the children of the country. Our Pope Francis will bless him and ask for all the children. The municipal and health authorities when they tell us, it will be done and following the established protocols. The idea is that we can raise awareness and awaken social sensitivity to end the pain our children suffer.