Doubts with Frank de Boer ten days before the Euro 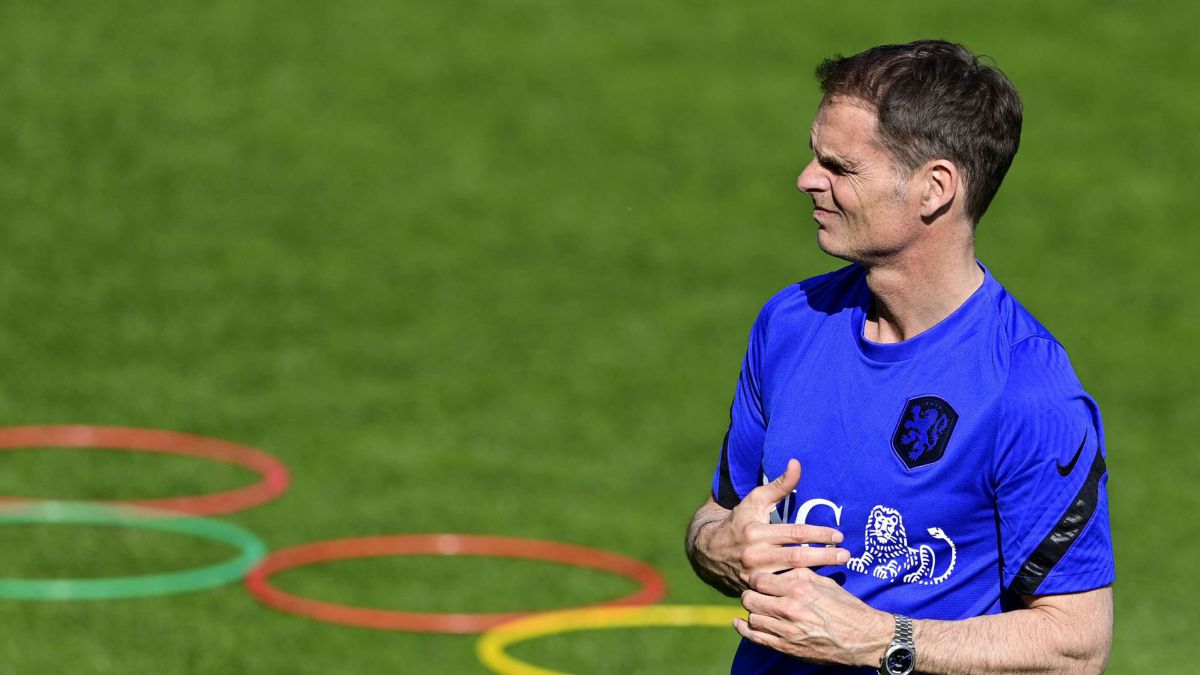 There are barely ten days left for the Netherlands to debut against Ukraine at Euro 2020 and the atmosphere around the selection is more than improvable. If it is already difficult to implement an idea in a group of players from different teams with three or four concentrations per season, Frank de Boer will have it even more difficult with the doubts he is generating about his figure.

Possibly the most important issue on which he is hesitating is the scheme with which the national team will play in this European Championship. Since his arrival this past fall, he has tried the classic 4-3-3 and the 5-3-2. He started with the second and ended with the first the match against Scotland without seeming to be convinced of any, but with a better result with four behind.

“I think we were more dangerous with 4-3-3”De Ligt said after the game, also showing serious doubts about the suitability of the scheme with five defenders for this squad. “Some of us have played 5-3-2, but others have not. I’m used to 4-3-3, and moving to this system is a big change. Especially if I have to be the left-handed center-back, I’ve never played there. Personally, it is an opportunity to learn and become a better player. But you want to get results in the Eurocup and you will have to choose the right system“.

De Vrij, used to playing with a three-center defense at Inter, has a different opinion. “We have seen many good things, but also many others that could be improved. With possession you have to see how to move, how to free yourself and find the first people who can receive. The Scots pressed up, so you have to communicate better. You don’t always have to get out, you first have to get into position and form a block together. At Inter, the title with this system is the result of two years of intense training. You have to dedicate time to it and thus create automatisms. But regardless of whether you play with four or five, you have to decide other details. Are you going to put pressure on rival centrals with a midfielder or with forwards? Need to discuss how you are going to do those things. “

Obviously, De Boer is convinced that this is a good system. “We trained this 5-3-2 really well once, you can’t expect it to work perfectly already. It seems clear to me that it can and should be improved. But if you look at the characteristics of the players, it is an excellent system“For its part, Memphis justified the coach:” We played against Italy at 5-3-2 and the coach wants us to practice in these types of games. He had never played with Weghorst!“.

And beyond these doubts with the game system, De Boer has left quite reprehensible moments these weeks. He exposed himself when, in front of the press, He claimed to have called each player discarded from the preliminary list for the final list and it was demonstrated that it was not exactly like that. Also at a press conference, he mistook Quincy Promes for Quincy Menig, an uncalled player, and Van de Beek for Klaassen. Another embarrassing moment were Cillessen’s statements after his discharge was known for being positive in COVID. Apparently, and as defended by the Valencian goalkeeper, the coach already knew he was positive when he called him up and would allow him to join the squad when he recovered. “I have no idea what has changed. I have never felt so helpless, angry and horrible.”