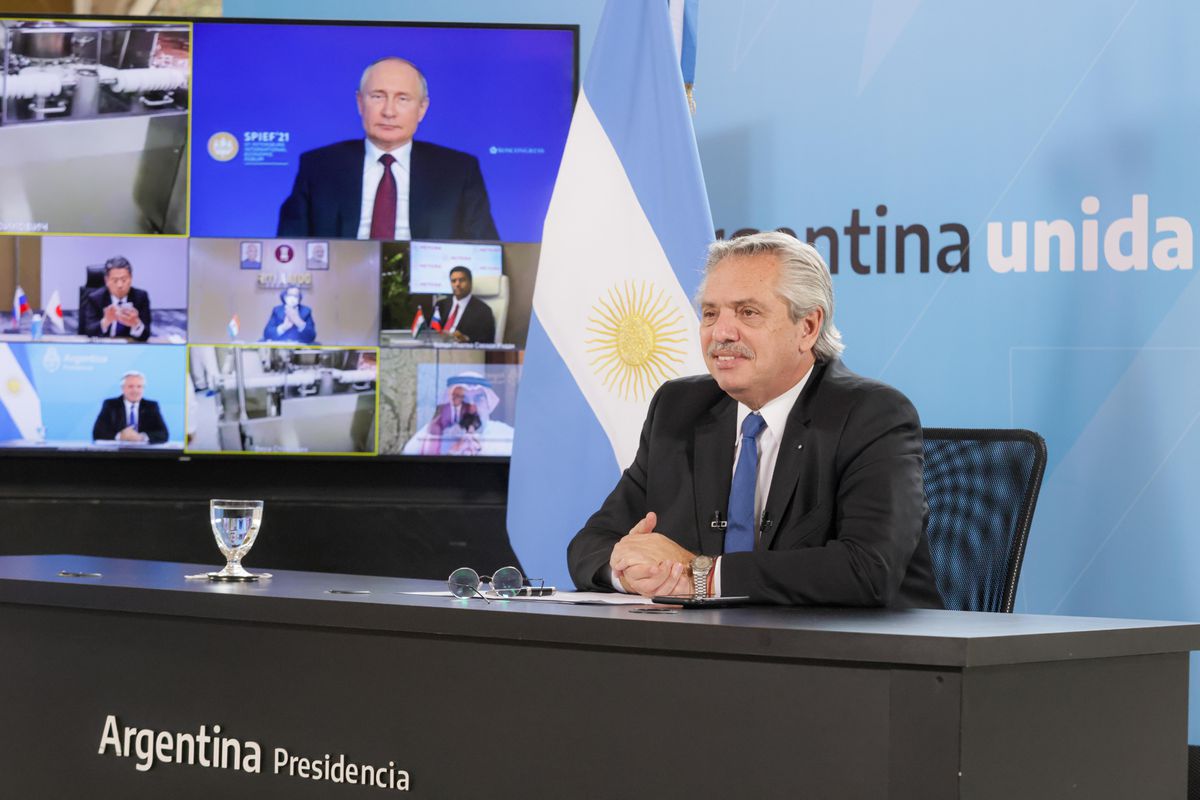 Argentina has become Russia’s main ally for the distribution of the Sputnik V vaccine in Latin America. In a joint press conference, Argentine President Alberto Fernández and his Russian counterpart Vladimir Putin announced this Friday that production of the covid-19 vaccine will begin in the South American country next week. It will be developed by the Richmond laboratory, which aims to manufacture about two million doses per month.

The Argentine president announced that on Sunday the plane that will take to Buenos Aires the active ingredient prepared by the Gamaleya Institute will leave Moscow, with which local production can begin. In it, new doses of Sputnik V will also travel to continue with the vaccination campaign at the gates of the southern winter. “Vaccines will come for Argentina and Paraguay, in the same way that we brought vaccines for Bolivia,” Fernández reported on the role of Buenos Aires as a mediator between Moscow and different governments of one of the continents hardest hit by the coronavirus pandemic.

“This vaccine is one of the most efficient in the world, with 97.6% efficacy,” Putin said during the video call. Argentina was the first country in Latin America to approve this vaccine, which was initially greeted with enormous skepticism by the opposition. So far, Sputnik V has been registered in 66 countries and Russia has closed agreements to relocate its production also in Brazil, Germany, Italy, Serbia, Saudi Arabia and Turkey, among others.

“We are very satisfied with the achievements we have achieved by vaccinating our people with the vaccine from the Gamaleya Institute,” Fernández stressed. “For us it has been very valuable because millions of Argentines have seen their lives preserved thanks to the scientific development of Russia, in which we always trust,” he added.

The agreement reached with Moscow is publicized in a difficult week for the Fernández government. The vaccine shortage —Less than 7% of the population has received both doses— It has become one of the central issues of public debate in recent weeks, in which the country faces a second wave of the pandemic more serious than the first. With the 541 new deaths from covid announced this Friday, the total number of fatalities in Argentina exceeded 80,000, while the number of infected is close to four million. The new strains, more virulent and contagious, have pushed intensive therapies to the limit in several Argentine provinces.

The Peronist Executive was optimistic about vaccines. His biggest bet, the production of the AstraZeneca vaccine agreed in February between Argentina and Mexico, was delayed due to the lack of supplies and administrative problems, and has not yet been commercialized. So far, the doses received of this immunizer come from India and the United States. At the same time, state management has been marred by various scandals, including the VIP vaccination installed in the Ministry of Health that in February cost the head of the health portfolio, Ginés González García, the position.

Since then, the opposition has repeatedly criticized the immunization campaign. Last week, former Security Minister Patricia Bullrich, one of the most combative Macrista figures, accused Fernández and former Health Minister Ginés González García of rejecting Pfizer vaccines because the company refused to pay bribes. Both leaders announced that they would sue her. This Tuesday, the health portfolio was questioned again: the media reported that the Executive had refused to allow the Covax solidarity fund to provide it with doses of Pfizer, a statement that was denied hours later.