2021 leaves 1,004 deaths on the road, 9% less than those registered before the pandemic 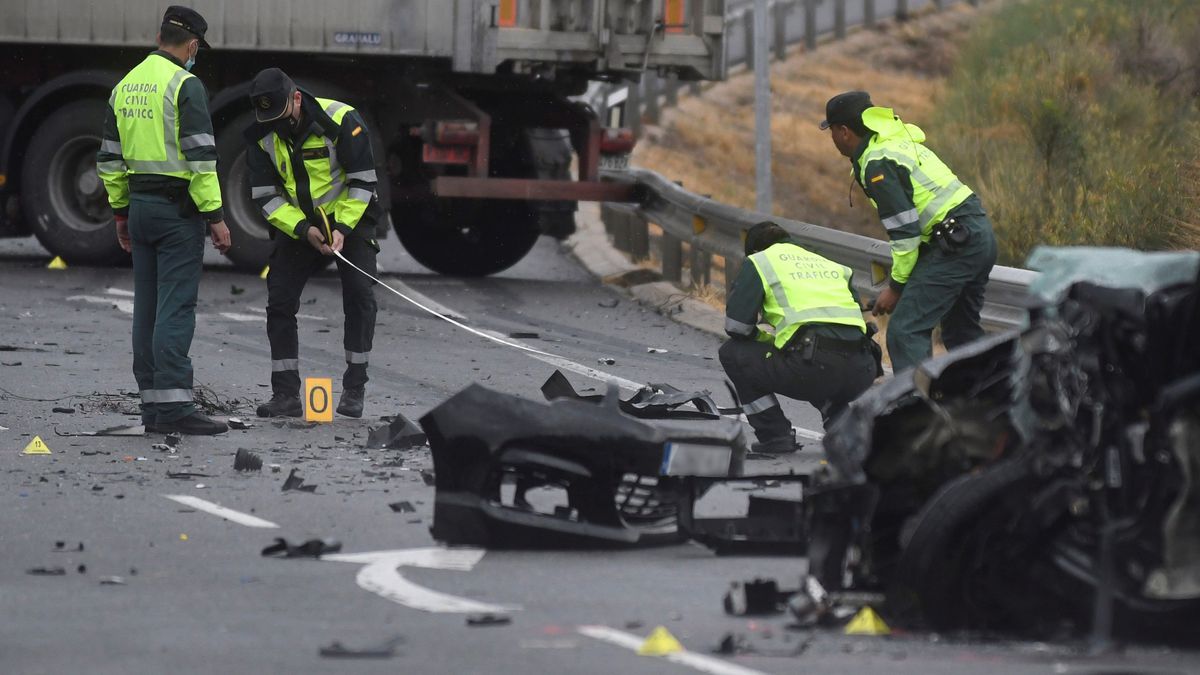 Spain has closed 2021 with 1,004 deaths on the road, 9% less than those registered before the pandemic, in 2019, the last year with a normal volume of mobility. The number of seriously injured has risen to 3,728. With the exception of 2020, marked by strong restrictions on travel as a result of the pandemic, 2021 is the best data in the historical series, and marks a continued downward trend in the last decade. In total, the death toll this year represents a decrease of 32% compared to 10 years ago, when 1,484 deaths were recorded.

“It must be remembered that 2021 was born with a state of alarm, that is, it started with strong mobility limitations,” the Interior Minister, Fernando Grande-Marlaska, clarified this Friday in the presentation of the 2021 accident balance. The state of alarm lasted until May of last year, so displacements were reduced during that period to 29% compared to 2019. The accident rate, however, fell to a lesser extent, 22%. The volume of movement recovered from the summer and even increased in the last quarter of the year. In total, there have been 393.7 million trips, 23% more than the previous year and 8% less, overall, than in 2019.

Despite the general decline in road mortality, the number of deaths between the ages of 15 and 24 has increased by 23% compared to 2019, “something different and striking” compared to previous years, according to the minister. Grande-Marlaska. In total, 128 deaths have been recorded. Mortality among those over 64 years of age has decreased almost in the same proportion: 25%. Although he has avoided making a premature assessment of these data, which will be analyzed in detail later, the general director of Traffic, Pere Navarro, has pointed out that the pandemic could have influenced the increase or decrease in the presence of each age group in road.

Conventional roads concentrate, for yet another year, three out of every four fatal accidents produced on the road, which last year amounted to a total of 921. Of the 1,004 killed on the spot or in the next 24 hours, 723 died in this type of accident. via, compared to the 281 that did so on highways or highways. The main cause of the accidents was the departures from the road, as usual, which represented 39% of the total. Another 32% were caused by frontal or frontal-lateral collisions. However, both decreased compared to 2019 by 7% and 22%, respectively. At this point, the minister stressed that excessive or inadequate speed continues to be “the common and transversal factor” in fatal accidents, and has highlighted his preference for the sinister term over accident, since with the latter it seems that there is no one responsible: “The accident is road violence and there is a responsibility.” 26% of those who died in cars or vans were not wearing a seat belt. Had they done so, half could have saved their lives.

In spite of everything, during 2021, 42 days were added without any death on interurban roads, 12 days more than in 2019. The deaths that are of most concern are those of vulnerable users, who account for 38% of the total. This group, which added 383 deaths ―61 less than in 2019―, includes cyclists (31), pedestrians (110) and motorists (241). Of these, 10 motorists and eight cyclists did not wear helmets. The deceased who completes the figure to 383 was a user of a personal mobility vehicle, a type of vehicle that, as Grande-Marlaska recalled, is prohibited from driving on interurban roads.

The Interior Minister has highlighted the latest legislative milestones in road matters. On May 11 of last year the limit of 30 kilometers per hour for urban roads with a single lane per direction of movement came into force, something that will also contribute, he argued, to improve air quality. In addition, on December 2, Congress gave the green light to the reform of the Traffic Law that, among other things, penalizes the use of mobile phones with up to six points of the driving license and establishes the mandatory nature of the helmet for the use of scooters. electrical Finally, Grande-Marlaska has indicated that its priority objective for 2022 continues to be the approval of the National Road Safety Strategy 2021-2030. On February 14 the next plenary session of the Higher Traffic and Safety Council will be held, and it hopes that that same day it will be validated.

Top 10 best-selling games in Japan in late 2021, Nintendo wins across the board