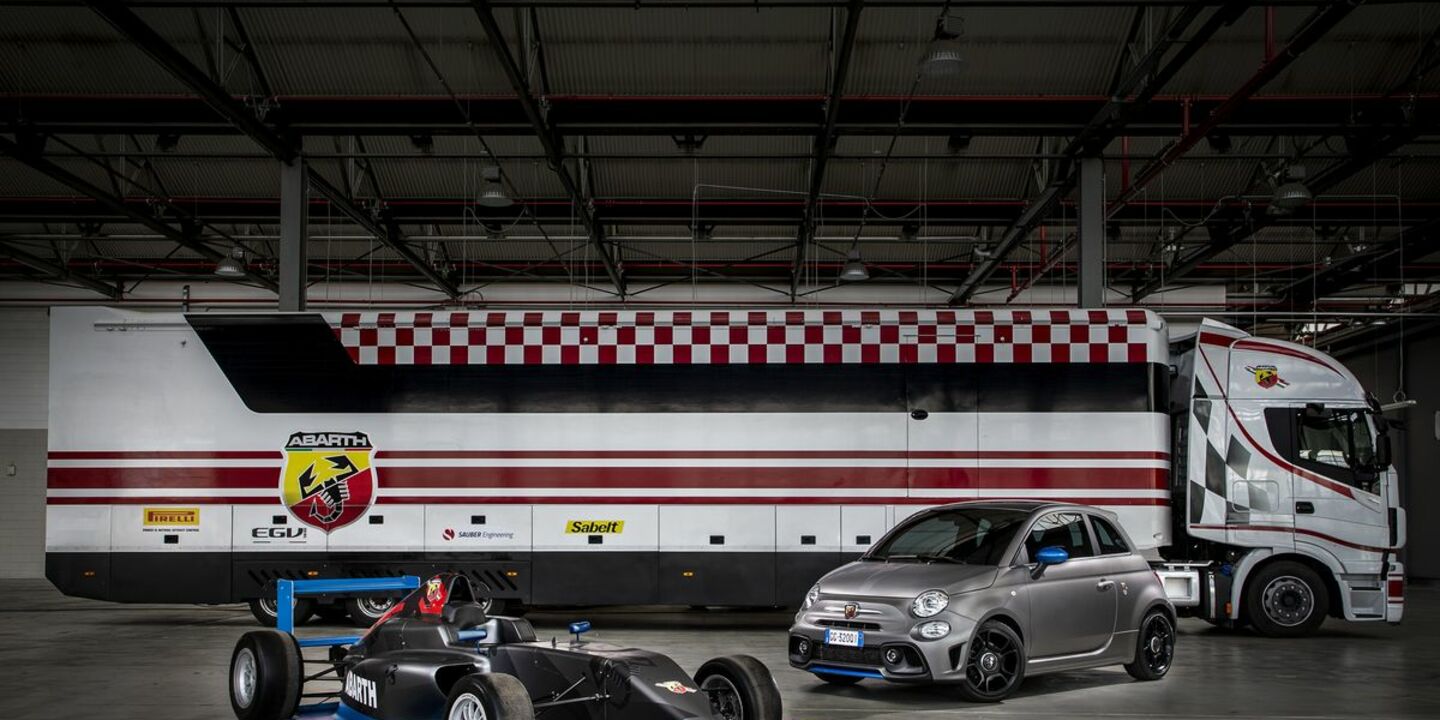 The Abarth F595 is yet another Fiat 500, but one with motorsport in its blood. We especially enjoy the special exhaust pipes.

It continues to rain Abarth versions. After last week’s 695 EsseEsse Collectors Edition, it is now the turn of this F595. The F stands for Formula and refers to its involvement in the Italian and German F4 championship, where single-seaters are driven by the 1.4 T-Jet of the fast Fiat 500.

Because there is always a historical link to promote their special versions, the Italian constructor also refers to the 50th anniversary of Carlo Abarth’s Formula Italia.

Fiat usually succeeds very well in giving the special editions their own character, especially visually. No adjustable spoiler this time, but special exhaust pipes. The two double mufflers are no longer horizontal, but vertical. They conclude the Record Monza Sovrapposto exhaust line with active valves.