200 years after the death of Napoleon Bonaparte, was he a brilliant military strategist or a tyrannical dictator? 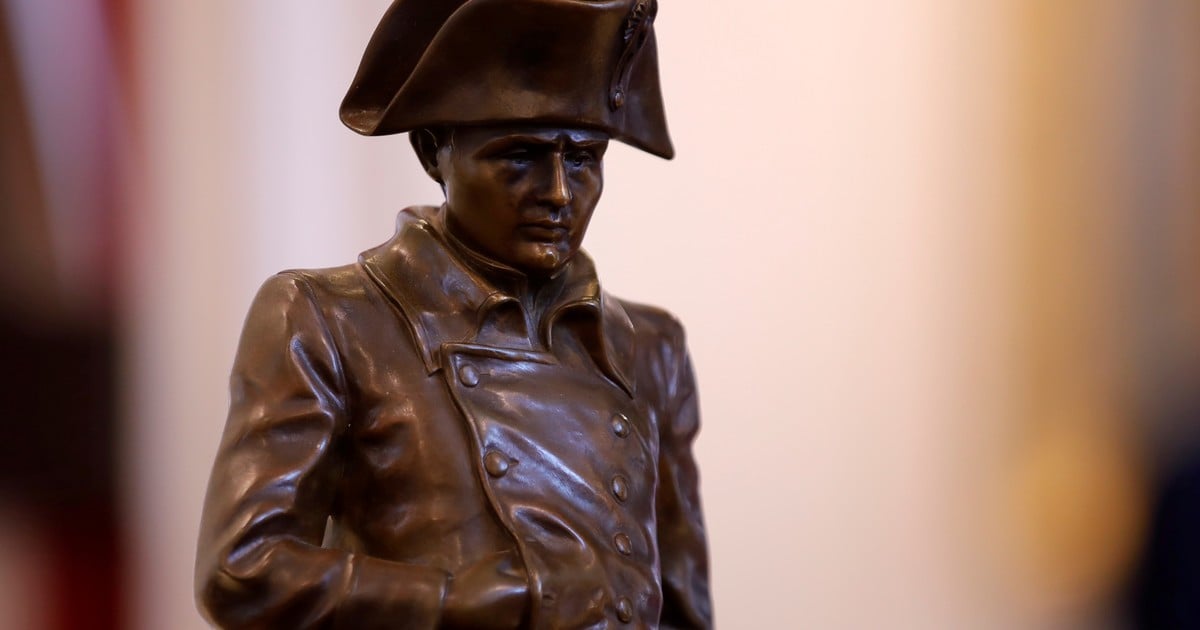 These days and, since November 2020, guided tours, art exhibitions, concert series, film screenings and other celebrations and commemorations proliferate throughout France and around the world. the bicentennial of the death of Napoleon Bonaparte, which occurred on May 5, 1821 on the British island of Saint Helena.

There, he was imprisoned since 1815, after his ultimate defeat at the famous Battle of Waterloo. For a decade, it had dominated almost all of Western and Central Europe.

Sixteen experts agreed that he died of stomach cancer, a disease that his father had also suffered from. Bonaparte.

However, the same Napoleon in life, he was in charge of sowing doubt about his poisoning by the British. “My death is premature. I have been murdered by the English oligopoly and its hired killer,” he had denounced in his will.

A detail of the painting “Napoleon at Fontainebleau, March 31, 1814”, by the French painter Paul Delaroche. AFP Photo / Kenzo TRIBOUILLARD

One hundred years later, high doses of arsenic were found in hair and tooth samples, although a certain conclusion was not reached, since, apparently, many products of daily use contained this substance at the time.

There were also those who believed that it was not his body that lay inside those four coffins, one inside the other, which were buried under a heavy slab.

Even if collaborated with the French Revolution of 1789, which ended the Monarchy and established the Republic, and was even intimate Robespierre’s friend –The most radical of the Jacobins, one of those who cut off the most heads, until he rolled his own– ten years later, on Brumaire 18 (November 9), 1799, Bonaparte he climbed into power, coup by means of.

Napoleon’s death mask in the exhibition “Napoleon: from Waterloo to Saint Helena, the birth of a legend”, at the Waterloo memorial in Braine-L’Alleud. AFP Photo / Kenzo TRIBOUILLARD

Of course, the escalation was progressive. On November 11 of that year he had assumed as First Consul of the Republic, in 1802 as Consul for life until He became self-proclaimed Emperor of the French in 1804 and King of Italy in 1805.

This military man baptized Napoleone di Buonaparte He was born on August 15, 1769 on the French island of Corsica, which had been Italian until the previous year.

Hence that French with Italian accent that would accompany him throughout his life. Belonging to a family of blue blood – his father had been a member of the court of Louis XVI – along with his seven brothers and at the request of his mother, he was one of the few human beings who bathed every day, since the custom of the time was to do it once a month.

At school, he had been a sullen and withdrawn boy who did not play with his peers and blamed the French for oppressing the Corsicans. He only liked mathematics and geography, perhaps it was thanks to this that he became a great war strategist, to the point of being considered one of the greatest military geniuses and an ambitious territorial expansionist, who controlled most of Europe for a decade (1805-1815).

Discussed and controversial figure like few, the petit caporal (little corporal) as his soldiers called him, he was admired and hated with equal vehemence.

His enormous war campaigns in which he mobilized large armies, with greater victories than failures (although he had them too and great ones) placed him in the podium of the great military strategists, at the same time that its contributions to the formation of a centralized and modern State made it stand as one of the most influential statesmen in the history of France and the world.

Napoleon Bonaparte’s bicorne and cape, at the Château de Fontainebleau, one of his main residences, south of Paris. AFP Photo / THOMAS COEX

But also, his delusions of grandeur, his inordinate desire for conquest and power and his style of despotic government and tyrant added to his well-earned reputation as a misogynist and a slaveholder, they earned him the hatred of a good part of his contemporaries.

Without going any further, it was the American Thomas jefferson, one of the fathers of the Northern Nation who participated in its independence struggle (1776) and who was the third president of that country between 1801 and 1809 who qualified as Bonaparte So: “[Un] miserable that (…) caused more pain and suffering in the world than any other being that had ever lived before. After destroying the freedoms of his homeland, he has exhausted all his resources, physical and moral, to revel in his maniacal ambition, his tyrannical and overwhelming spirit (…) What sufferings can atone (…) the misfortunes that already Has he afflicted his own generation, and those to come, whom he has already burdened with the chains of despotism? (…) The Attila of our time (…) has caused the death of five or ten million human beings, the devastation of other countries, the depopulation of mine, the depletion of all its resources, the destruction of its liberties (…) He has done all of this to make the atrocities perpetrated more illustrious, to adorn himself and his family with stolen diadems and scepters ”.

Figurines of Napoleon Bonaparte in the Museum of Waterloo, in Braine-L’Alleud. AFP Photo / Kenzo TRIBOUILLARD

One of the great legacies of Napoleon Bonaparte was the promulgation of the Civil Code in France (1804), which guaranteed, among other important improvements, the consolidation of a modern and centralized state.

.However, the Emperor is accused of misogynist for affirming in it the legal incapacity of the married woman. In fact, after having married Joséphine de Beauharnais, He repudiates her because he cannot give her heirs.

The Napoleon Bonaparte memorial in Ajaccio, Corsica, where he was born. AFP Photo / Pascal POCHARD-CASABIANCA

On the other hand, and although this does not exempt him, it could be noted that he was the first ruler to entrust a diplomatic mission to a woman, the Countess of Brignole, in 1813; Also, he appoints his sister Elisa to the head of the Grand Duchy of Tuscany and entrusts the regency of the Empire to his wife Marie-Louise.

On the other hand, although slavery in the French colonies had already been abolished in 1794, he re-establishes it when France recovers the island of Martinique, with the excuse that abolition was not yet in force there.

Phrases that paint the whole body

Football Is this the worst Panenka penalty kick ever?