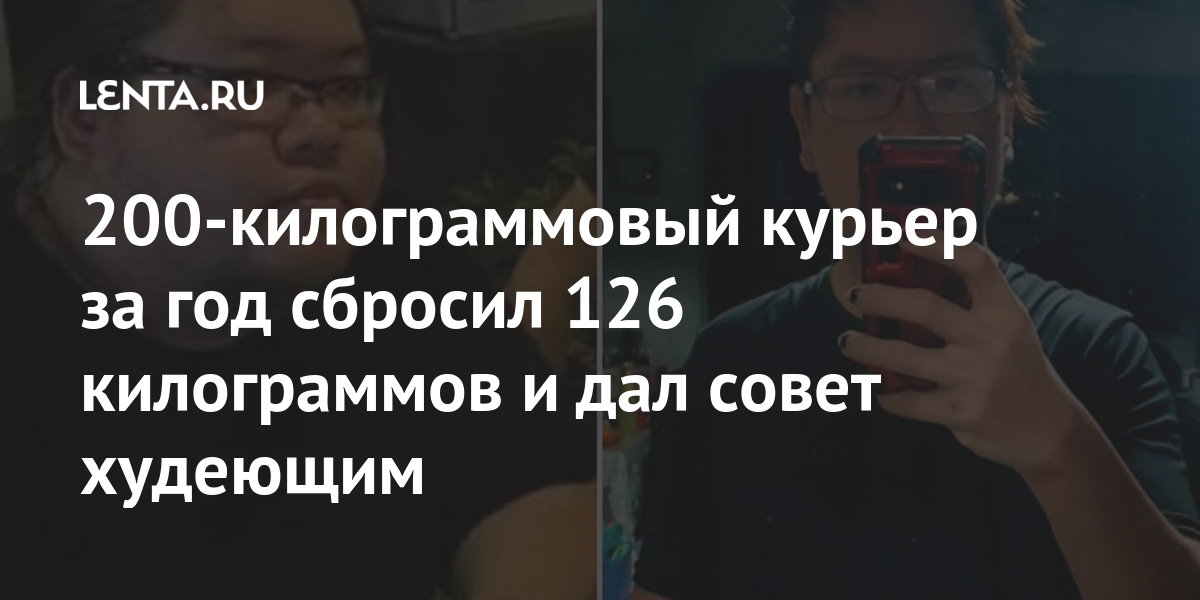 Overweight Singaporean lost 126 kilograms and gave advice to those wishing to lose weight. The Singapore edition of Mothership writes about this.

In the past, the weight of 37-year-old Riz Fox (Riz Fox) reached 200 kilograms. To lose weight, the man began to adhere to a ketogenic diet – there is a lot of protein and fatty foods, but few carbohydrates. Now he tries to consume no more than 20 grams of carbohydrates per day.

The diet gave him the energy to be physically active. To quickly get rid of fat, Fox began to ride a bike around. Soon it occurred to him that it was possible to combine business with pleasure, and got a job as a courier in a food delivery service. Now he could ride a bike all day and get paid for it.

The lifestyle change allowed Fox to lose more than a hundred kilograms in just a year. “Then I just had to maintain the weight and exercise because I want to go on a bike trip around the world,” he says.

The man still follows a ketogenic diet, spends six to seven hours a day delivering orders, and rides a bicycle for the soul in his spare time. “If someone wants to lose weight, here’s my first piece of advice: you can’t run away from a bad diet,” he says, bearing in mind that it is impossible to lose weight without proper nutrition.

Earlier it was reported that a resident of the English city of Wallingford, Oxfordshire, who hid her dependence on fast food from friends, managed to get rid of bad eating habits and lost 44 kilograms without going to the gym. She put a calorie counter on her phone and gradually reduced the rate to 1200 kilocalories per day.

Real Madrid vs Barcelona: Benzema broke his drought in the classics with a goal from a taco