2.7 million dirhams await the champions of the «Abu Dhabi International for professional jujitsu» 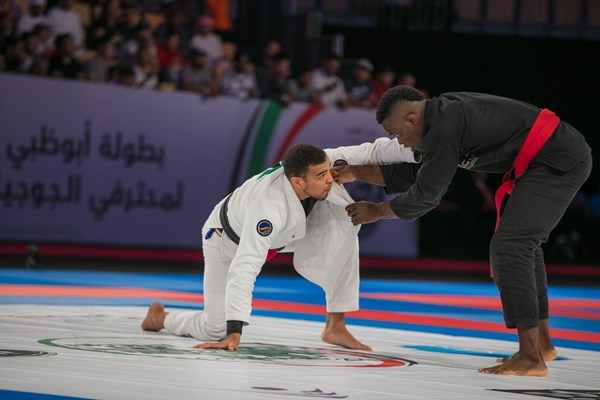 The Jujitsu Federation has revealed the allocation of total cash prizes amounting to 2.7 million dirhams to the winners of the 12th edition of the Abu Dhabi World Professional Jujitsu Championship, which is the largest and most prominent event on the global jujitsu agenda, as well as the winners of the general ranking in the classification system approved by the Federation .
The Emirates Jiu Jitsu Federation will organize the championship from 6 to 9 April next in the Ju Jitsu Arena, where the youth class players compete on the opening day, and the teachers in the category on April 7, while the last two days of the event are reserved for the most enthusiastic and exciting competitions in the professional category.
Commenting on the valuable prizes for all participating groups, Mohamed Salem Al Dhaheri, Vice President of the Emirates Jiu Jitsu Federation, explained that these awards reflect the federation’s firm commitment to promoting sport, developing it and motivating players to perform on the battlefield. He said: As long as we committed ourselves in all versions of the Abu Dhabi Championship. Global Jiu Jitsu Professionals place our athletes at the top of the list of priorities. This championship is the largest on the agenda of the global jujitsu community, and we would like through this award to enhance the unique advantages that the championship enjoys at all levels, which makes it distinct from other tournaments.
He added: The Abu Dhabi World Professional Jiu Jitsu Championship has established a firm position in the regional and international sporting circles, and participation in it has become a strategic goal for all jujitsu professionals around the world, given its importance in the growth of the players ’career, polishing their talent and developing their performance.
Al Dhaheri said: Players of various groups and nationalities seek to develop their skills and gain more international experience, to achieve distinguished participation in the tournament, raise their global rankings, and register their names in the game’s glories record, which contributes to raising the level of our sport on the global level.
He concluded: It is the responsibility of all of us in Abu Dhabi and the Jujutsu Federation to ensure the prosperity of the game, in parallel with Abu Dhabi’s position as the home of jiu-jitsu, and therefore we are dedicated to achieving the best results for the jiu-jitsu community worldwide.
Registration to participate in the Abu Dhabi World Professional Jiu-Jitsu Championship will continue until March 25.

A fourth wave of the new variant? Cases rebound in 17 provinces

Government, companies and union with favorable expectations about construction