1984 Mitsubishi Starion 4WD – the godfather of the Lancer Evo 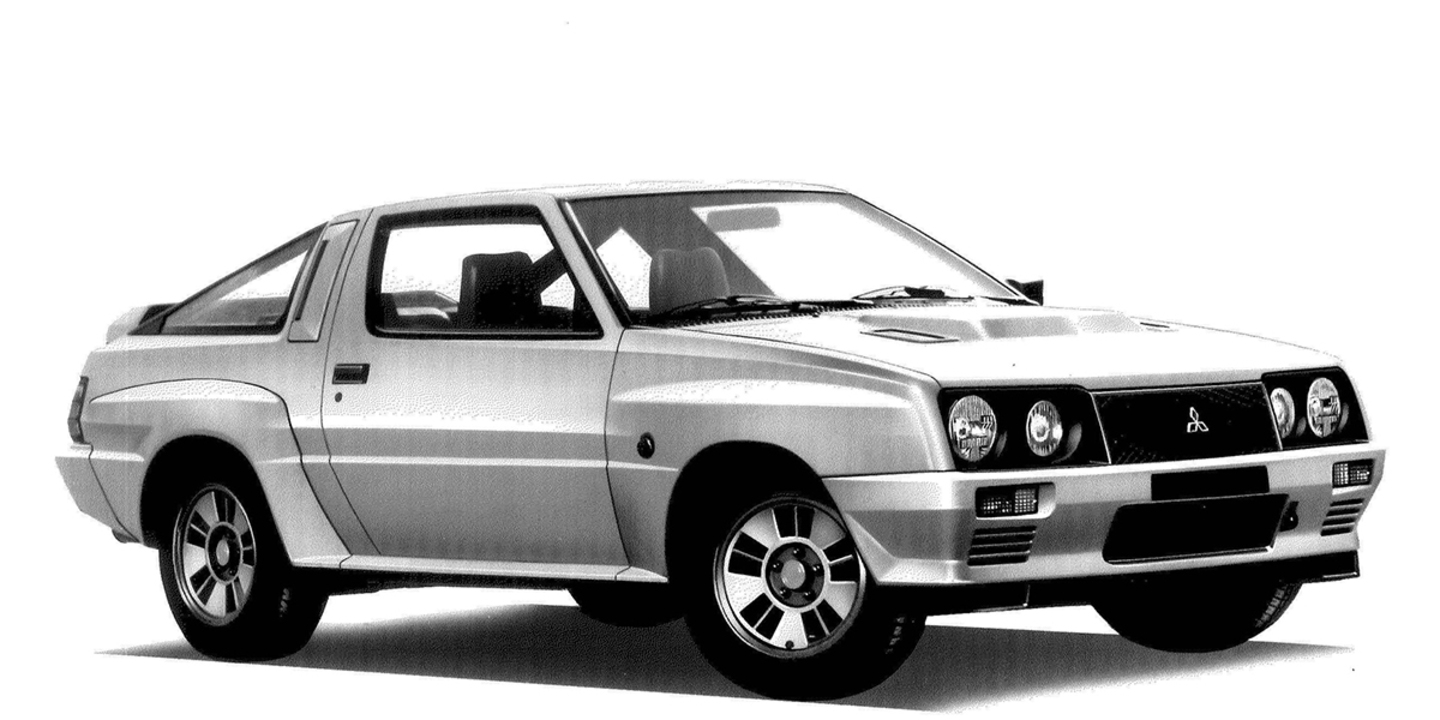 It’s an open secret that Mitsubishi was working on a rally car for the Group B class, but otherwise that four-wheel drive homologation model based on the Starion remained largely under the radar. Until these images surfaced in the UK. They are part of the British importer’s internal correspondence and date from 1984. That forgotten archive material shows that 200 road versions of the Mitsubishi Starion 4WD were planned, the minimum number to homologate the coupé for the Group B rally class.

The Mitsubishi Starion 4WD was supposed to debut at the 1984 British Motor Show, but ended up sending its cat.

The Mitsubishi Starion 4WD was a project by the British Ralliart team and was led by former rally driver Andrew Cowan, with former Audi engineer Alan Wilkinson as his right-hand man. The four-wheel drive coupé was to replace the rear-wheel drive Mitsubishi Lancer 2000 Turbo. The production version would carry the same 2 liter power source, the Evo competition specials intended for the Group B rally sport had a 2.1 liter turbo block pushed into the nose. The power of the Mitsubishi Starion 4WD is estimated at about 350 hp.

Now this homologation model was more than a Mitsubishi Starion with four-wheel drive and a tuned turbo engine, because Ralliart also took care of the body. The street version gets widened wheel arches and a modified hood, but it is the shortened nose that characterizes this homologation special. No more flashing lights, but two round binoculars on each side. The extensive use of lightweight materials such as Kevlar and carbon fiber would have kept the weight below 1,000 kilograms.

During the development phase, the Mitsubishi Starion 4WD drove the Mille Pistes Rally, where test driver Lasse Lampi took sixth place. But then it got quiet. The rally car was being prepped for the 1984 Group B season, but the project would end up in the freezer. Perhaps because the competition was now busy with much more radical machines, such as the Peugeot 205 T16 and the Lancia Delta S4. In 1986 the Group B rally class was over anyway, because it was much, much too dangerous.

Now the development work on the Mitsubishi Starion 4WD was not lost. The acquired know-how in all-wheel drive, engines and transmissions would prove particularly useful in the construction of the Galant VR-4 that would enable Mitsubishi to score its first WRC victories. These successes convinced the Japanese manufacturer to strengthen their commitment to rallying, with the Lancer Evo range as a direct result. Tommi Mäkinen drove the Mitsubishi to four consecutive WRC titles (1996, 1997, 1998 and 1999).

A comeback in the making?

At the end of 2020, Mitsubishi announced its intention to return to racing. Don’t expect specific Evo models, but Ralliart accessories with which you can transform the existing models into a rally car. In doing so, the Japanese manufacturer focuses primarily on local events, a WRC campaign is by no means on the schedule. There is talk of a comeback to the Dakar rally (with an L200-based buggy), an event that Mitsubishi dominated for a while. De Pajero won the desert raid 12 times (1985, 1992-1993, 1997-1998 and 2001-2007).

Mitsubishi has now also indicated that it will remain in Europe after all. For that they have tightened the ties with Renault; the French manufacturer provides the basis for two European Mitsubishi models.