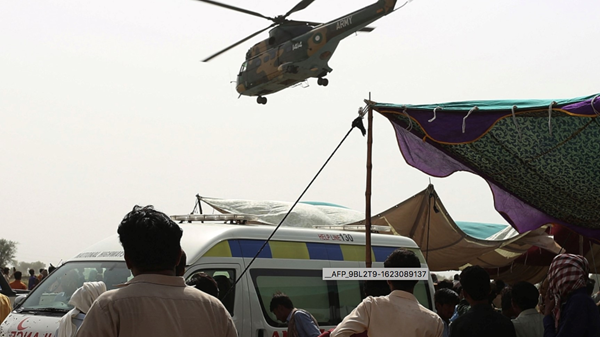 Pakistani police said that a bus carrying pilgrims in southwest Pakistan overturned due to speeding on Friday, killing 19 people and injuring dozens.
The bus was traveling in the remote town of Khuzdar, in Baluchistan province, when it overturned, police officer Omar Hayat told dpa.
At least 50 people, most of them in critical condition, were taken to hospital for treatment.
“The death toll may rise,” Hayat said.
Government statistics indicate that accidents caused by bad roads, poor vehicle maintenance and substandard traffic safety system, result in thousands of deaths in Pakistan annually.