18 legal rights to protect the mentally ill from abuse 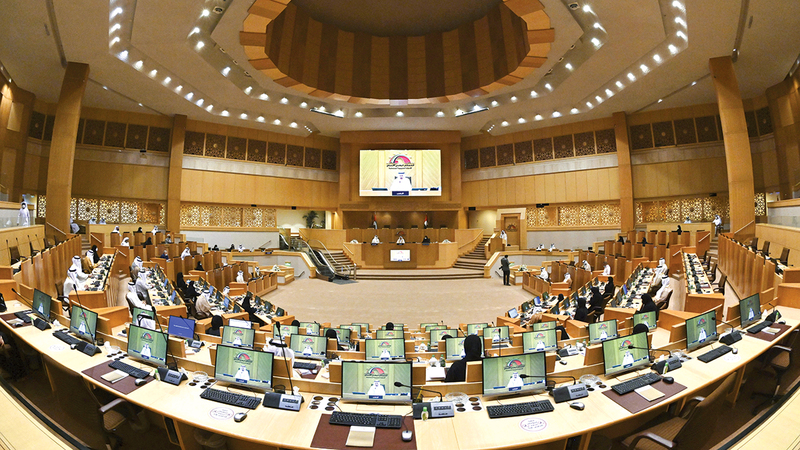 A draft federal law, recently approved by the Federal National Council, grants people with or suspected of mental illness 18 legal rights, providing them with protection from any abuse, exploitation or ill-treatment, throughout their stay in mental health facilities, whether for treatment or evaluation.

The most prominent rights are to provide a full explanation in an understandable manner to the mental patient about his rights, immediately after entering the mental health facility, including his right to file a grievance – or to provide an explanation to a representative if he is unable to understand it – and to obtain written consent from him for treatment.

The draft law also sets conditions for obligating a psychiatric patient to receive treatment in a hospital or mental health facility, including verifying that there are clear indications that he has a severe mental disorder that poses a threat to him, or to others.

In detail, the draft federal law on mental health, which was approved by the Federal National Council, last Tuesday, organized a legal mechanism for the entry of a psychiatric patient into a mental health facility, with the aim of assessing or treating him, either voluntarily, mandatory or emergency, as it affirmed the inadmissibility of compulsory admission of a mental patient. In private mental health facilities, stressing the need for written consent from him, or his representative, and he may leave them at his request, even if he does not complete treatment.

According to the articles of the draft law – which is awaiting approval by His Highness Sheikh Khalifa bin Zayed Al Nahyan, President of the State, in preparation for its implementation – the treating physician may prevent a psychiatric patient, who voluntarily enters a mental health facility, from leaving it, in accordance with the controls and procedures specified by the regulation. implementation of this law.

He explained that entering a mental health facility for evaluation is mandatory, in the event that a decision is issued by the Public Prosecution, or pursuant to a ruling or decision of the competent court.

The draft law specifies four procedures for mandatory entry of a mental patient into a mental health facility, for evaluation, the first of which is to inform the doctor of the person whose compulsory entry to the mental health facility was decided on the reason for his entry, if his condition permits that (or his representative) when the mandatory entry procedures begin. The second is to inform the mental health facility’s management of the Patients’ Rights Care Committee about any person who is obligated to enter for evaluation, within a period not exceeding seven working days from the admission decision. And third, the mandatory entry period for the evaluation does not exceed 45 days, which can be extended for the period the committee deems appropriate, based on the recommendation of the doctor conducting the evaluation.

The draft law sets four conditions for obligating a mental patient to enter a mental health facility, including verifying that there are clear indications that he has a severe mental disorder that poses a threat to him or others, and that his admission to the health facility is necessary for his recovery, and that it is necessary to stop the deterioration of his health, and that the issuance of A decision of his mandatory admission from two psychiatrists, one of whom is from the mental health facility, with notification to the facility’s management within 24 hours.

According to the draft law, a psychiatric patient enjoys 18 legal rights to protect him throughout his stay for treatment or evaluation in a mental health facility, including receiving an adequate explanation in an understandable manner about his rights within a mental health facility (including his right to complain), respecting him and providing the necessary services for him in an appropriate environment that preserves His dignity and fulfill his needs, according to his state of health, knowing the nature of his entry to the health facility if his condition permits that (or informing his representative), preserving his legally established civil rights, and not limiting them except to protect him or others from harm, or by virtue of a court ruling, and not to impose restrictions His work or his employment due to his psychological disorder or the termination of his work except on the basis of a report from a specialized medical committee, and in accordance with the legislation in force in the country, and to preserve his privacy and personal belongings in his place of residence within the facility, and to benefit from communication services (unless this has a negative impact on his condition). health or otherwise), and receiving visitors or refusing to receive them, according to the visit system in the mental health facility, which can limit or prevent the visit according to the treatment requirements, and protect the confidentiality of his information, according to the regulations Laws in force in this regard, protection from degrading treatment and physical, physical, sexual and other exploitation, requesting the termination of compulsory admission, presenting this request to the Patients’ Rights Care Committee, and submitting any complaint against any person or entity in the mental health facility, without affecting the The level of care provided to him, and the assistance of whomever he deems appropriate to represent him before others and manage his affairs inside or outside the mental health facility, and inform the psychiatric patient personally (or his representative or accompanying him), about the nature of his entry to the mental health facility when issuing or renewing the decision of mandatory entry in a language or manner Understand it, inform the patient in writing of all his rights, including the reason for admission and the procedures to be followed if he wishes to leave, and allow him to leave the mental health facility after the end of the period of compulsory admission, with obtaining a plan for psychological and social care, and obtaining health insurance that guarantees comprehensive health care in accordance with to the legislation in force in the country, and to provide support to facilitate the process of teaching and learning and the practice of recreational and cultural activities in coordination with the concerned authorities, in addition to any other rights issued by a decision of the Minister after coordination with health authorities.

• “Entering a mental health facility is mandatory if a decision is issued by the court or the Public Prosecution.”

• «The patient has the right to complain to a person or entity in the psychiatric facility without affecting the level of care provided to him».

• 4 conditions to compel the psychiatric patient to receive treatment in a hospital.