17,000 Afghans at a German base are waiting to be transferred to America 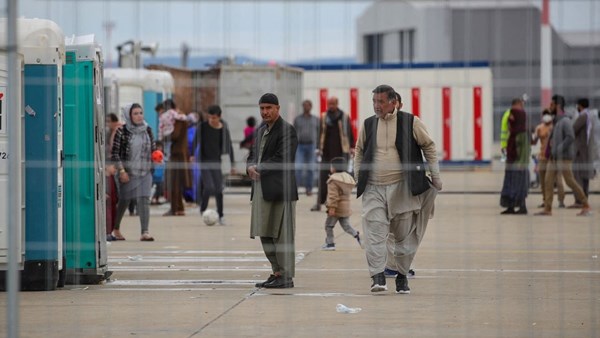 US military officials confirmed yesterday that about 17,000 refugees from Afghanistan are waiting at a US military base in Germany, awaiting their transfer to the United States, after being airlifted from Kabul. The commander of US forces in Europe, General Todd Walters, told reporters online from the Pentagon in Washington, DC, that about 12,000 Afghans are currently being verified at Ramstein Air Base in western Germany.
He added that another 5,000 Afghans are currently in the “Rhein Ordnance” barracks in Kaiserslautern, near Ramstein, while there are about 4,300 in US bases in Italy and Spain.
Walters added that people are being checked twice before they continue their journey to the United States, once upon arrival and again shortly before departure.