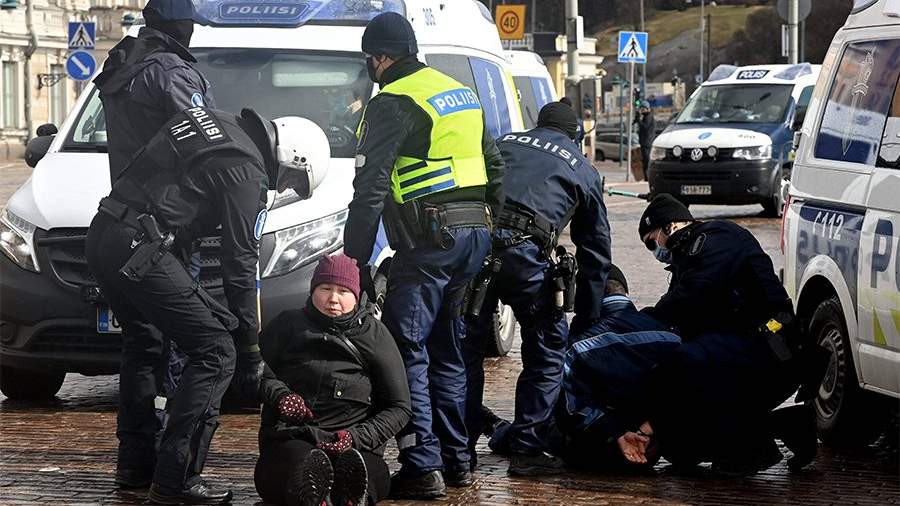 In the city of Helsinki in Finland on April 18, a protest was held against restrictive measures to combat COVID-19. 17 people were detained at the action. This was announced on Sunday, April 18, police cities.

It is noted that the police were not aware of the upcoming action. Police officers who arrived at the place of the action asked the demonstrators to disperse, but not all participants in the event followed the order of the police. The police arrested 17 people, of whom 14 were fined for resisting law enforcement officers.

According to the Helsinki police, on April 18, the protesters gathered at 14:00 local time (Moscow time) on Senate Square and headed to the city center. As the police said, the protesters planned to walk past the parliament building.

According to the restrictive measures in force in Helsinki, groups of up to six people are allowed to get together. In addition, mass events are prohibited.

Also in Helsinki, another rally took place, at which six people were planned, however, due to the excess of the protesters, the police dispersed the participants.

According to the police, a total of 200-300 people took part in the actions. The promotion ended at 16:00. It is noted that the actions were a continuation of the protests that took place on March 20 and April 10 this year.

Similar actions have been taking place in different countries of the European Union for a year now, with varying degrees of coordination, clashes between protesters and police and detentions.

Earlier, on April 12, it became known that a new wave of protests in Estonia began after the parliament of the republic began to consider amendments to the law on the prevention and control of infectious diseases. In addition, the Estonian security police denied information that Russia was involved in financing protests against wearing masks and restrictions in connection with COVID-19 in Tallinn.

Navalny will be transferred from the colony to the regional hospital