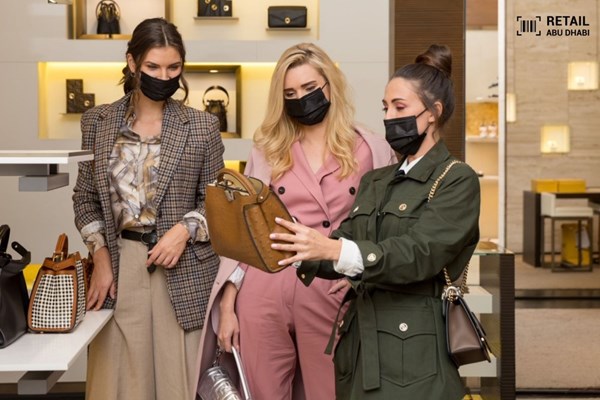 Abu Dhabi (Al Ittihad) The new statistics released by Abu Dhabi Offers, the retail platform of the Department of Culture and Tourism – Abu Dhabi, indicated that the first round of the Abu Dhabi Shopping Season Winter Campaign had achieved record sales percentages using Visa cards in participating stores across the emirate, amounting to AED 2.4 billion. A growth of 17% in the purchase process using Visa compared to last year in 3,500 stores at 21 commercial centers participating in the campaign The goal of the unified seasonal campaign over a period of nine weeks centered on strengthening the position of Abu Dhabi Offers platform as a major and influential player for brands in the emirate at the local and regional levels And universal. The campaign’s rich program saw the participation of 21 malls in Abu Dhabi and the Al Ain region, in addition to intensive programs offering exclusive offers, additional products and discounts available only in Abu Dhabi.
In addition to the fruitful sales, the campaign was widely praised during a customer survey, where 83% of them confirmed the motivation that motivated them to spend more than usual during the winter season.
Thanks to a series of cooperation agreements between public and private entities, the winter campaign for the Abu Dhabi Shopping Season witnessed unique interactive activities, and the launch of the first edition of Abu Dhabi Beauty Week, which lasted from 4 to 14 February. The campaign also registered the participation of many brands in the UAE and around the world, such as “Visa”, “Etihad Airways”, the Emirates Motor Company, Chalhoub Group, Apparel Group, Al Tayer Group, and a number of world-famous fashion and beauty houses.
Ali Hassan Al Shaiba, Executive Director of the Tourism and Marketing Sector at the Department of Culture and Tourism – Abu Dhabi, praised the economic impact of the winter campaign on the retail sector, and praised the support provided by Abu Dhabi’s offers to the concerned authorities in the sector by providing distinct customer experiences in a safe shopping environment.
The Department of Economic Development – Abu Dhabi praised the health measures followed in the winter campaign, which are consistent with the best safety guidelines approved, and in cooperation with the Abu Dhabi Department of Economic Development.
For his part, Rabih Al-Hajri, Acting Executive Director of the Abu Dhabi Business Center of the Department of Economic Development in Abu Dhabi, praised the fruitful cooperation between the two parties in the various fields in the Emirate of Abu Dhabi, which aims to support the business and tourism sector, and praised the success of the summer and winter campaigns that would bring about Supporting the recovery of this sector in the post-Covid-19 phase.
After the launch of the winter campaign on December 10, Abu Dhabi offers a special festive period by launching a unique shopping guide for a variety of products only available in Abu Dhabi from luxury and well-known brands such as «Cartier, Van Cleef & Arpels, IWC, Chaumet, Geiger LeCoultre and Yves Saint Laurent. Mio Miu, Fendi and Dior ».
Shoppers were also granted additional rewards and experiences through the Abu Dhabi One Offers membership program, which is designed to give them access to products, experiences, offers, events and prizes available exclusively in the UAE capital. The program has established strategic partnerships with a number of leading groups within the retail sector in the region, such as Al Tayer Group, Chalhoub Group, and Apparel Group, which has strengthened the platform’s work through offers dedicated to members of the loyalty programs at each brand.

Zayed .. a man of attitudes and a pioneer of humanity