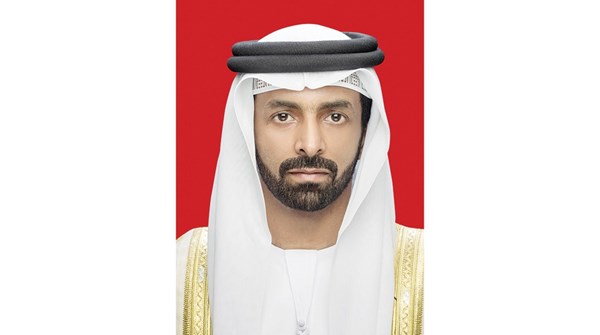 Coinciding with World Environment Day, the volunteer team “Aounak Ya Watan” launched a community initiative under the title: “I pledge to protect the environment,” under the patronage of Sheikh Muhammad bin Muslim bin Ham Al Ameri, head of the team, and more than 1,600 volunteers from all segments of society participated in the initiative. Through it, about the importance of the environment and ensuring that it is free from pollution, and invoking solutions that would preserve and sustain it. On the initiative, Sheikh Mohammed bin Muslim bin Ham Al Ameri said: The state pays great attention to biodiversity and the preservation of environmental systems through many laws and legislations aimed at sustaining natural resources and rationalizing their consumption, in addition to establishing natural reserves.
Ibn Ham continued: This event comes as a continuation of a series of events and activities organized by the Aounak Ya Watan team within its social responsibility initiative because we are interested in discussing the importance of preserving the environment, and the need to find solutions that contribute to its sustainability, by raising public awareness and creating a state of real understanding of the importance and necessity environment for communities
For her part, Salam Al-Qassem, coordinator of the volunteer team “Aounak Ya Watan”, said: The team has set up many awareness and educational initiatives and events with the aim of instilling the concept of a sustainable environment and the importance of preserving the environment. These initiatives included the participation of community members in awareness-raising activities to preserve the environment on World Environment Day.