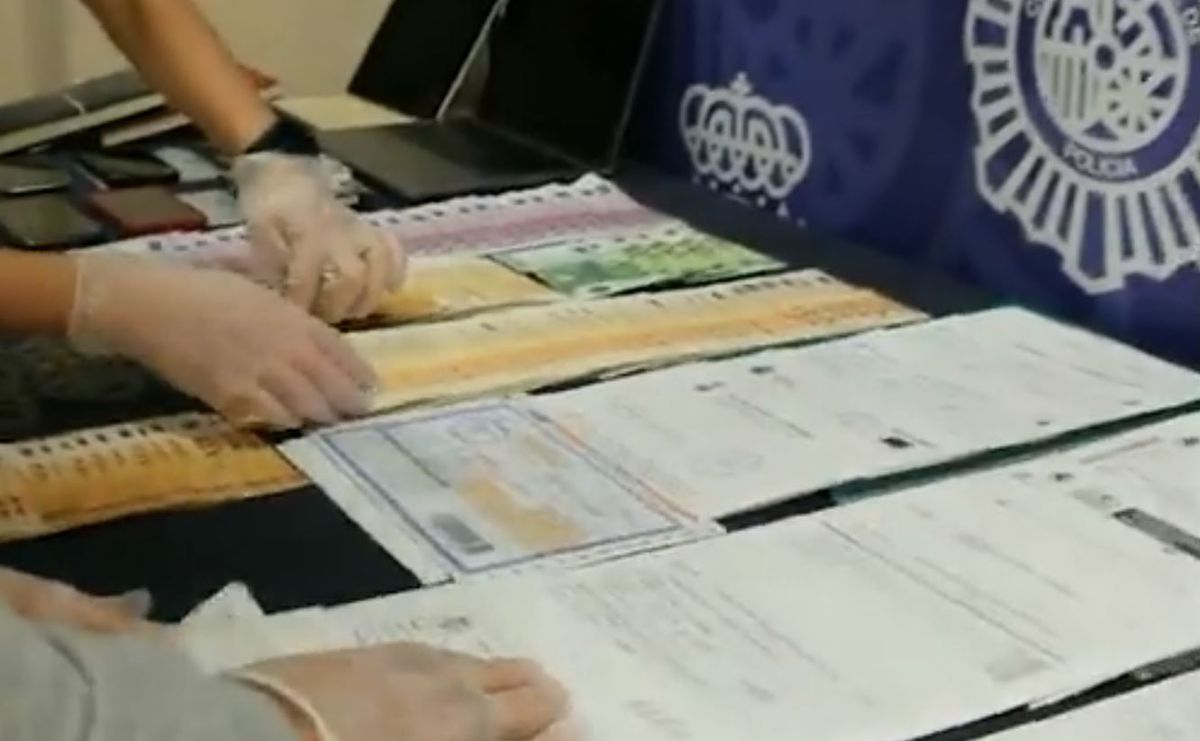 The National Police has dismantled in Malaga a criminal organization dedicated to providing false documentation to Chinese citizens to request their residence permit in Spain. The network was based on an agency in the capital of Malaga, which offered its clients false registration certificates or non-existent Social Security registrations in exchange for money. The operation, called Panda, has culminated in the arrest of 15 people of Chinese and Spanish nationality, the majority in the Andalusian province, although there is also one arrested in Madrid and another in León. The alleged perpetrators are accused of crimes against the rights of foreign citizens, belonging to a criminal organization, false documents and money laundering. Currency in cash, real estate and bank accounts worth 1.7 million euros have also been seized.

The arrest of a Chinese citizen in the spring of 2019 was the first crack to open in the criminal structure. The arrested woman was accused of a crime of false documentation and, after subsequent inquiries, the National Police agents warned that it was not an isolated case. Like her, many other compatriots residing in the province of Malaga had something in common: they had processed her regularization through the same agency, located in the capital.

See also  Music Jussi Halla-aho published a ringing video of his old thrash metal song: “I am a drooling nightmare”

His formula was always the same. In the office they provided their clients with false documentation —especially certificates of registration and registration with Social Security— so that they could attach it to their applications for residence in Spain and, thus, be able to comply with the legal requirements. In the case of applications for family reunification, the agency also provided them with falsified notarial certificates from China. In the documents, a supposed family member accredited the relationship before a notary.

The researchers have also proven that most of the people who went to the Malaga agency did not even live in Malaga. They only traveled to the local facilities in the event that any of the procedures required their presence. Afterwards, they returned to their usual place of residence in another of the Andalusian provinces or even to other autonomous communities.

Among those arrested is also the leader of the organization. In addition to the arrests, two homes in Torremolinos have also been registered, as well as the premises located in Malaga where the agency operated, which served as the base for the network. Among the money seized are 47,000 euros in cash, 17,300 dollars and 4,120 yuan. And a bank account with another 35,000 euros and eight properties valued at 1.6 million euros have been immobilized by judicial means. The agents have also seized several computers, mobile phones and numerous documents used by the criminal network.

Usa, shooting in Memphis near the hospital: 6 injured including 2 children