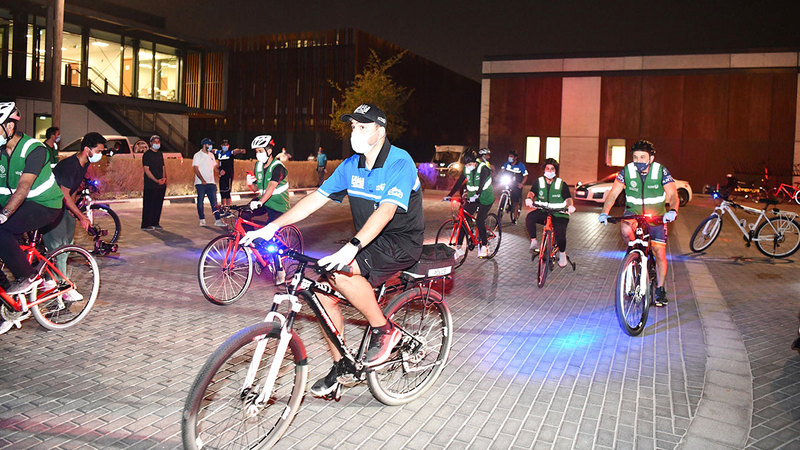 More than 14,512 people of 82 nationalities participated in volunteer work with Dubai Police to raise awareness of the dangers of the emerging corona virus and to ensure that members of the public adhere to precautionary measures, carrying out about 90,000 volunteer hours, after they got an opportunity through the Dubai Police volunteer platform, including A citizen has done more than 7000 hours, and a Parkinson’s patient did not prevent his illness from participating in volunteer work.

The head of the Dubai Police Volunteer Platform, Captain Engineer Khalifa Al-Roum, said that the exceptional circumstances that the world experienced as a result of the pandemic did not constitute an obstacle for Dubai Police to engage community members in volunteer work, to be part of the efforts made to educate the public about the need to adhere to precautionary measures to prevent infection with the Corona virus. and make sure they follow the laws.

He added that the Dubai Police Volunteering Platform provided 107 volunteer opportunities in 2020, in which 14,512 volunteers from 82 nationalities participated, representing Dubai Police employees from the military and civilians, and from the external public, while the number of volunteer hours recorded by the platform in the same year. 89,758 volunteer hours.

He added that the platform achieved first place as the best government institution supporting volunteer work, in the Sharjah Award for Voluntary Work in its 17th edition for the “Volunteering Platform” project.

Volunteer Muhammad Nayef Abu Ali, from Saudi Arabia, spoke about his experience in volunteering within the Dubai Police initiatives, in which he completed 2436 volunteer hours, and said: “The Corona pandemic weighed on humanity, so things started to change little by little, and the daily lifestyle changed, so I felt that responsibility doubled at that time. And that volunteering is a way to serve humanity in these circumstances, so I was quick to register on the Dubai Police volunteer platform.”

While Parkinson’s disease did not represent an obstacle to Huzaifa Ibrahim Hafeez to serve the community, he was keen to volunteer, and established the “Parkinson’s Friends Emirates” team to support patients in the country, and said that he was able, through the Dubai Police Volunteering Platform, to participate in many volunteer work since the beginning of the pandemic, and supervised the The Community Police Volunteer Team in The Dubai Mall, which includes 60 volunteers, also participated in volunteer teams to ensure that worshipers adhere to the precautionary measures in Dubai mosques, and achieved more than 1531 volunteer hours and won first place in the Sharjah Volunteer Work Award in the Volunteers of Determination category.

As for Laith Hamed Jawad Al-Khazji, he confirmed that his volunteer experience with Dubai Police added a lot to him, appreciating the role of Dubai Police and the volunteer platform and the efforts of those in charge of it, and indicated that he supervised volunteers at Ibn Battuta Center and Festival Mall, and was part of the volunteer team monitoring the implementation of precautionary measures in Mosques of the emirate, and completed 1350 volunteer hours.

For her part, Maryam Al Ameri said that she has started volunteering with Dubai Police since the beginning of the pandemic, and has completed more than 7000 volunteer hours, and participated in various initiatives concerned with raising awareness of precautionary measures in Dubai’s commercial centers, as well as participating with bicycle teams in the “Lamir” area in following up the extent The public’s commitment to implement the instructions and procedures issued by the competent authorities.

Popular comedian spoke about censorship on Channel One