12 conditions for permission to collect donations within the country 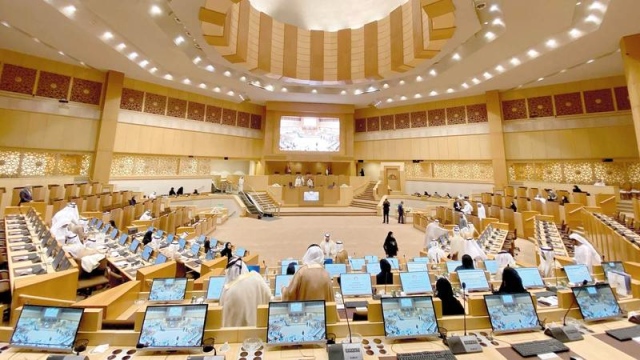 The draft federal law on organizing donations, which was recently approved by the Federal National Council, set 12 conditions for the licensed charitable and humanitarian agencies to obtain permits to collect material and in-kind donations inside the country, the most prominent of which is that it states in the permit application the purpose of collecting donations, and the names and identities of those in charge. To collect it, and mention the party or beneficiaries of it.

The draft law obliges the Ministry of Community Development to establish a unified electronic registry to organize aid money, donations, donor and benefactor data, and other data and information specified by the executive regulations of the law.

In detail, the bill defined donations as “what is collected from funds of whatever kind, in cash or in kind, movable or fixed, including the national currency, foreign currencies, bonds, sukuk and stocks, and whatever their form, including electronic or digital, in order to spend them in ways Land or providing services and charitable or humanitarian aid ».

The draft law stressed that it is forbidden for a natural person to collect donations, explaining that, with the exception of the authorized entities, no body may establish, organize, or perform any act with the aim of collecting donations except after obtaining a permit to do so from the competent authority, while it is also prohibited for the authorized parties to do By publishing or broadcasting any publicity or advertisement to collect donations without obtaining the authority’s approval.

The draft law sets 12 conditions that the concerned authorities must fulfill to obtain a permit to collect material or in-kind donations, including that the permit applicant be a legal person, that the donation is collected through a charitable association, and that the permit request states the purpose of collecting donations, and the names and identities of those in charge are written down. On the fundraising process, mentioning the entity or entities benefiting from the donations, clarifying the method or means by which the donations will be collected, and stating the locations in which the donations will be collected, the duration of the fundraising, and the period for submitting the donations to the entity or beneficiaries, and providing evidence with the approval of the charity. On collecting donations, and mentioning the percentage of administrative and operational expenses that will be deducted for the benefit of the charity that collects donations, in addition to any other conditions or data specified by the executive regulations of the law.

The draft law regulates the procedures for granting a permit to collect donations, by submitting a formal request to the competent authority according to a form prepared for this purpose, provided that the executive regulations of the law specify the procedures for submitting it and the controls for implementation.

With regard to studying requests for fundraising permits, the draft law grants the competent authority the authority to study the permit application and assess its decision to approve or reject it within 20 working days from the date of its submission in compliance with the requirements for obtaining it, considering that the passage of this period without a response is tantamount to a rejection of the application.

The draft law affirmed that no party may be granted more than four fundraising permits during one year, except by a decision of the head of the competent authority, specifying four reasons for the expiration of the permit, including the expiration of its period, the disappearance of the purpose for which it was issued, and the demise of the legal person from the authorized entity. Or the charitable association involved in the fundraising process, and any other cases specified by the executive regulations of the law.

Prohibiting the draft federal law regarding the regulation of donations from the licensed and authorized entities to accept, transfer, save or provide in-kind food or medicinal donations for submission inside the country in violation of the specifications specified in the legislation in force in the country.

He also stressed that the licensed and authorized entities may not accept any in-kind food or medicinal donations for distribution outside the country except in accordance with three main conditions, the first of which is to ensure that the donations are valid for use for a period of not less than six months from the date of receipt, and the second is to collect, transport and distribute the materials in a manner. It is appropriate to ensure its validity, safety and usability or consumption, and finally to have the appropriate places to store it in accordance with the controls and requirements specified in the legislation in force in the country.

The draft law permits the conversion of in-kind donations into cash whenever necessary, after obtaining the approval of the competent authority, provided that the competent authority supervises the transfer process, in accordance with the controls and procedures specified by the executive regulations of the law.

– «It is not permissible for any entity to establish, organize, or perform any act with the aim of collecting donations except after obtaining a permit.

Saif bin Zayed: With science, our leadership brought us to Mars