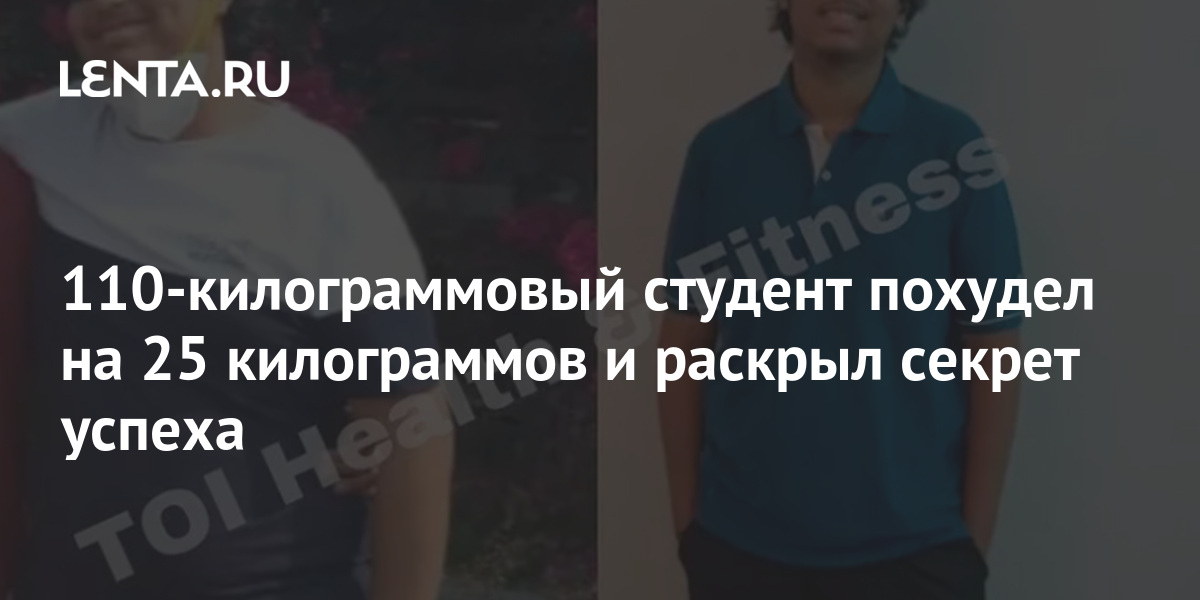 The resident of the Indian city of Mumbai, who weighed 110 kilograms, lost 25 kilograms in nine months. The publication drew attention to the secret of his success. Times of India…

18-year-old medical student Sidhant Vikash Palkar weighed 110 kilograms. He realized that being overweight had a negative impact on his daily life and health, and Palkar was also tired of being constantly the object of jokes. The Indian decided to change his lifestyle: he began to adhere to a diet and developed a training system.

He revised his diet and started playing sports every day. Palkar began to adhere to the intermittent fasting system, so he does not eat anything for breakfast. An Indian dines with homemade food prepared by his mother. Typically two tortillas, a bowl of vegetable stew, and cottage cheese. For dinner, the Indian also chooses light and healthy food. Most often, he eats a small bowl of bean puree soup with rice and salad.

Before training, he doesn’t eat anything, and after that he doesn’t eat a banana or a protein bar. Sometimes Palkar allows himself his favorite food: pilaf with chicken, pizza or kebabs. He completely gave up fast food and carbonated drinks.

He began his athletic training with daily walks of five to six kilometers and a 15-minute workout aimed at burning fat. “Losing weight is always the right balance of diet and exercise. Focusing on just one aspect and ignoring the rest will make it harder to get things done. It is important to be consistent and not allow yourself to relax too often, ”explained the Indian. As a result, he lost 25 kilograms in nine months.

Palkar noted that looking at his old photos and comparing them with new ones helps him stay motivated. The main lesson he learned from his weight loss is to never give up.

Earlier it was reported that a resident of the Scottish city of Lockerbie lost 63 kilograms in seven months and shared her method of losing weight. She gave up junk food and began to follow a diet.

Dramatic scenes: Spectacular video of a fire tornado in California