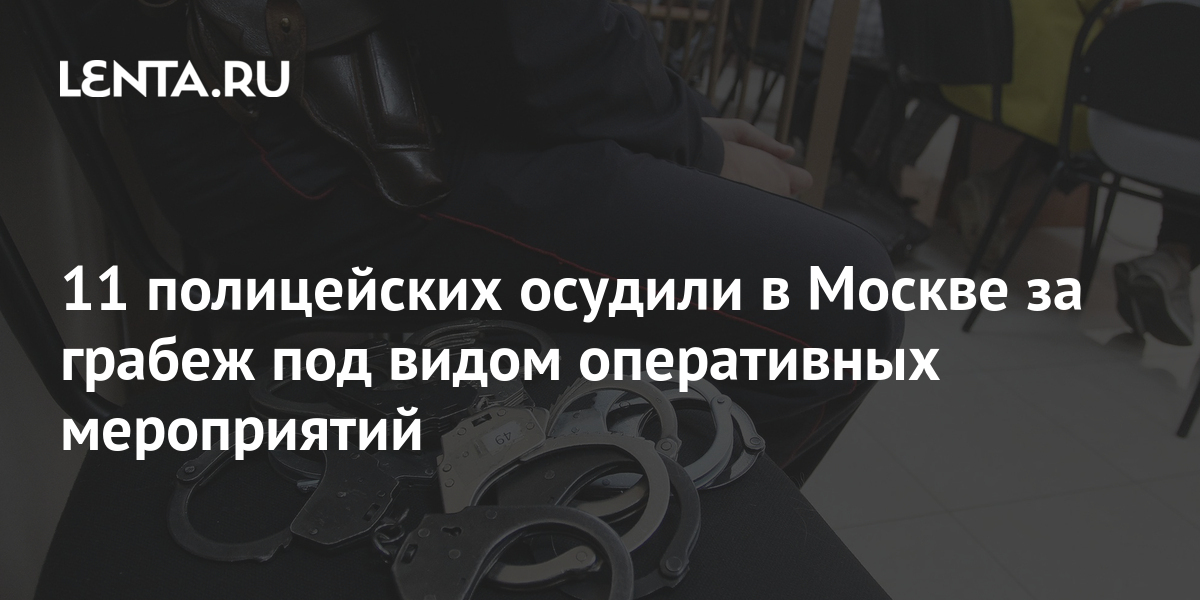 In Moscow, a court sentenced a gang of 11 former police officers who were engaged in robberies under the guise of operational activities. About it TASS reported in the metropolitan department of the Investigative Committee of Russia.

The defendants were also found guilty of receiving an especially large bribe, abuse of office and theft. They and two accomplices who did not serve in law enforcement agencies were assigned terms ranging from 8 to 13 years. The convicts were also fined from three to eight million rubles.

According to the investigation, in March 2016, the police decided to rob a Muscovite who had a batch of unprocessed amber. They came to him at the Rumyantsevo business park under the guise of conducting operational-search measures. The victim was beaten and special equipment was applied to him, and then they demanded to give four kilograms of stone and 200 thousand rubles were stolen. The police backed up their demands with threats to initiate a criminal case against the victim. He agreed to the terms of the security forces.

The police committed the second robbery in August 2016 according to the same scheme. Their victim was the CEO of a private company, from whom they extorted one and a half million rubles, threatening criminal liability. Amber worth two million rubles and 700 thousand rubles was also stolen from him.