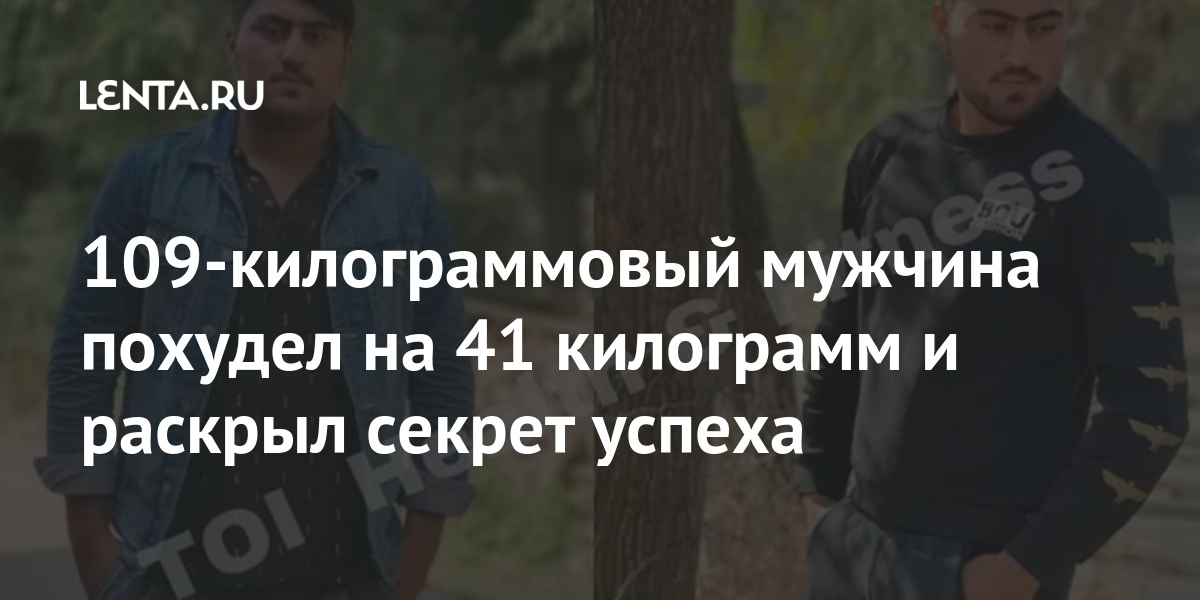 The resident of the Indian Union Territory of Jammu and Kashmir, who weighed 109 kilograms, lost 41 kilograms in six months and revealed the secret of success. This is reported by the Times of India.

Fukran, a 20-year-old student, was ridiculed by others for being overweight. Once he was told that he could never lose weight. As a result, the man was reluctant to leave the house and slowly plunged into depression.

One day an Indian decided to change his lifestyle. He signed up for the gym, but did not see quick results, as he ate fast food. Only a properly selected diet helped the man quickly get rid of extra pounds.

Now Fukran starts his day with a glass of warm water, to which he adds a spoonful of apple cider vinegar. For breakfast, he eats four egg whites, 30 grams of chopped oats with 200 milliliters of milk.

For lunch, the Indian prefers protein foods. He eats chicken breasts cooked with olive oil, brown rice and vegetables. The man avoids dinner, but during the day he eats salads or cottage cheese with nuts and seeds. He believes that eating five to six times a day is much healthier than three times a day.

Before training, the Indian drinks a cup of black coffee, eats a few slices of watermelon and a sandwich with black bread and peanut butter. After training, he eats egg whites.

For the first two months, Fukran followed a strict diet and did not allow himself any junk food. Later, once a week, he began to allow himself to move away from a strict meal plan.

Indian sports training lasts 80 minutes, of which half is cardio training, and the other is strength. To stay motivated, he weighs himself in every 12 days. Fukran has many friends, whom he now helps to get back in good shape.

Earlier it was reported that a resident of the Canadian city of Toronto, Ontario, lost weight from 113 to 68 kilograms. She got rid of the psychological goal of losing weight and focused on healthy eating and exercise.