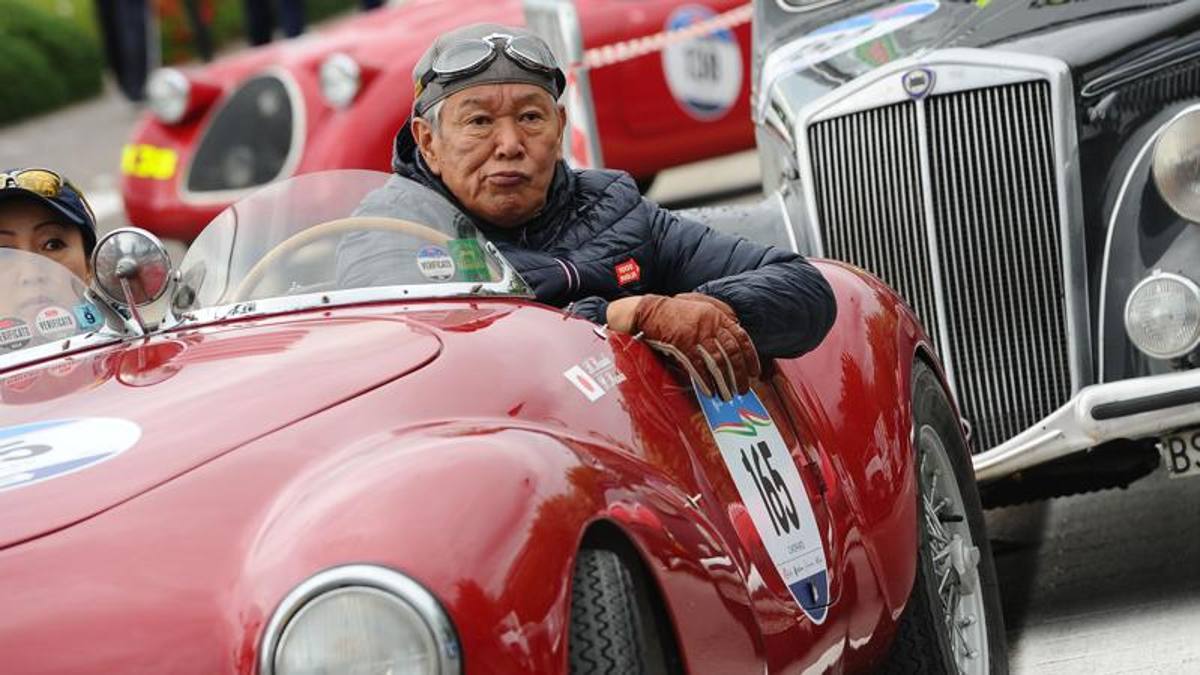 The start on the 16th of June, the arrival on the 19th. For the great race, as always, the start and finish in Brescia but the order of the stages has been changed. 375 historic cars are competing

“Crossing the future”. Never like this year, the 1000 Miglia combines the tradition and the future of the automobile, alongside vintage cars – the protagonists par excellence – the electric cars of the 1000 Miglia Green and the modern Supercars and Hypercars of the 1000 Miglia Experience. He highlights it in the claim, as well as in the regulation. “The most beautiful race in the world” as Enzo Ferrari defined it, also has a strong human value since together with the Giro d’Italia it marks the resumption of wide-ranging public events, after the most complicated months in history. The via della Freccia Rossa is scheduled for Wednesday 16 June, at 13.30 from the ramp of Viale Venezia in Brescia, where the cars will return on Saturday 19 June. In order to avoid gatherings along the streets and squares of the municipality, it will be possible to attend the departure, arrival and the award ceremony by connecting to the site 1000miglia.it.

For the first time in the history of the re-enactment 1000 Miglia and resuming the layout of some editions of the speed race, the route will follow an anti-clockwise direction. So from Brescia, the crews will head to the Tyrrhenian coast to stop in Viareggio, leaving the next day for Rome. The third stage, starting from the capital, will go up north to end beyond the Apennines, in the Emilian capital. The fourth and last stage, from Bologna will lead up to the traditional arrival in Brescia. The new track will bring the crews to face for the first time both the Cisa Pass, in the first stage, and the Futa and Raticosa Passes on the third day of competition. Another novelty: the change of location for the paddock, where the technical checks take place: until Saturday it is set up at the former Omb of Sant’Eufemia and no longer at the Brixia Forum, which hosts vaccinations. Nourished the presence of VIPs, starting from John Elkann, accompanied by his wife Lavinia Borromeo: the president of Ferrari and Stellantis will drive an Alfa Romeo 1900 C Super Sprint from 1956 and will have the race number 300. The large female presence is striking: at the start, among others Melissa Satta, Camila Raznovic, Caterina Balivo, Alessandra Mastronardi, Cristina Parodi is Francesca Piccinini. They will be aboard one Pink Car in support of fundraising organized for the Women’s Cancer Center.

Of the 375 cars that will take part in the 1000 Miglia, about seventy cars return to Brescia after having participated in at least one of the twenty-four speed editions held from 1927 to 1957. Those with the most glorious past are three Alfa Romeo 6C 1750 with Zagato bodywork, identical to those that triumphed in 1929 with Giuseppe Campari and in 1930 with Tazio Nuvolari. Also from the Casa del Biscione will be the 8C 2900 A with bodywork by Botticella: in 1936, on behalf of Scuderia Ferrari, it took part in the 1000 Miglia, finishing third overall, driven by Carlo Pintacuda. Among the eighteen cars built in Maranello, those with the most important palmarès are the Ferrari 340 America Spider Vignale, which was driven to the 1000 Miglia in 1952 by Pietro Taruffi and the 275/340 America Scaglietti; the abbreviation indicates that the car was born as a 275 in 1950, the year in which it disputed its first 1000 Miglia, and was then transformed by the house of the prancing horse into 340 America, a configuration with which it participated in the Freccia Rossa also in 1951 and 1952.

Mention must also be made for the two Bugatti Type 35s and five Bugatti Type 37s; the three “official” racing Maseratis of the Trident House; eleven Mercedes-Benz 300 SL, the famous Seagull Wings among which there is a prototype version of 1952, seven OM 665 “Superba”, nickname earned thanks to numerous victories. The encore of the initiative should also be underlined Mobility without barriers: disability and motorsport, edited by the Scuderia del Portello. Guest car the 1954 Alfa Romeo 1900 TI driven by Clay Regazzoni at the Carrera Panamericana 2002 and perfectly restored. During the four stages of the Freccia Rossa, the car will be driven by three different crews, each with a disabled driver. The start will be female with the crew formed by Francesca Stanguellini and our Savina Confaloni, while in the two central stages there will be Fabrizio Zugliano and Daniela Dal Col. The final is entrusted to Giuseppe Volpes and Dario Mancini. Another participation with a social background is that of the Italian-American Sylvia Oberti who will be at the wheel of the Fiat Siata 300BC of 1951 – without co-driver – to support a project in favor of the pediatric hospital in Brescia and raise funds for the treatment of childhood cancer.