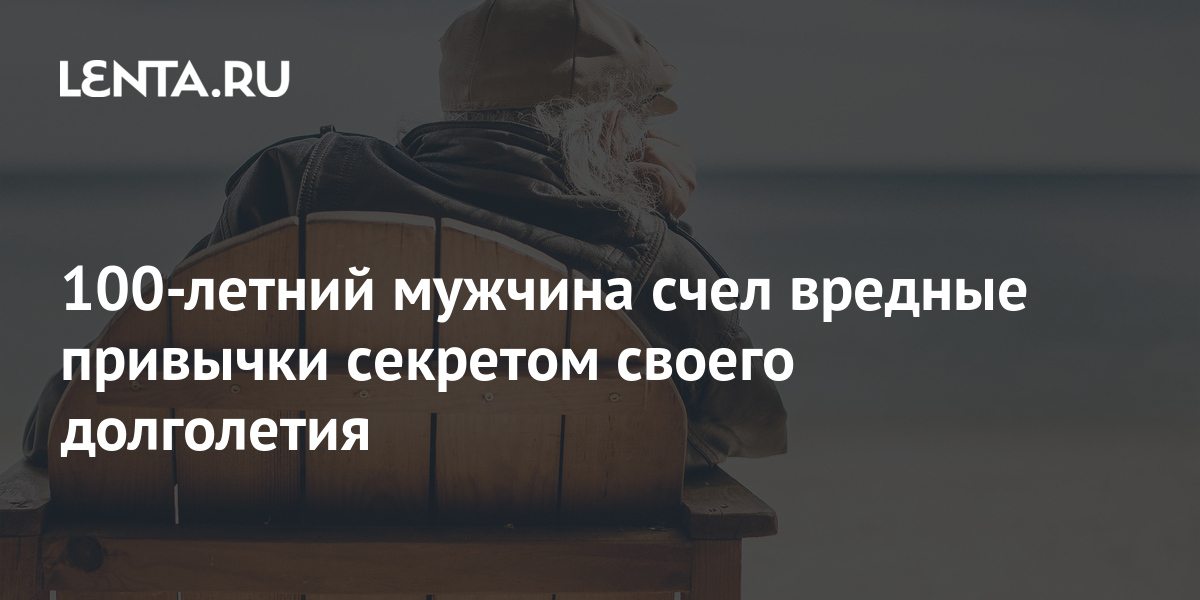 A long-liver from the British city of Shrewsbury, Shropshire, believes that he lived to be 100 years old thanks to bad habits. The newspaper writes about it Shropshire star…

Keith Martin was born in 1921 and worked as an agricultural technician for most of his life. The only exception was World War II: in the early 1940s, he enlisted in the Royal Air Force and served as a radio operator on a bomber, and in 1944 he participated in the Allied landing in Normandy. He has two children, two grandchildren and three great-grandchildren.

When Martin is asked about the secrets of his longevity, he lists his hobbies: golf, horses and sweets. The man has always been an avid golfer, and in his old age switched to gambling and now regularly bets on the races. He also loves cream pudding and quiches. Martin’s daughter jokingly complains that this makes it difficult for his great-grandchildren to eat greens.

Earlier it was reported that the Briton, who celebrated his 104th birthday, revealed the secret of his longevity. According to him, it’s all about the love of tea and refusal from alcohol.

Koundé is one step away from signing for Chelsea

Una Vita, advances from 23 to 28 August: Genoveva loses the child